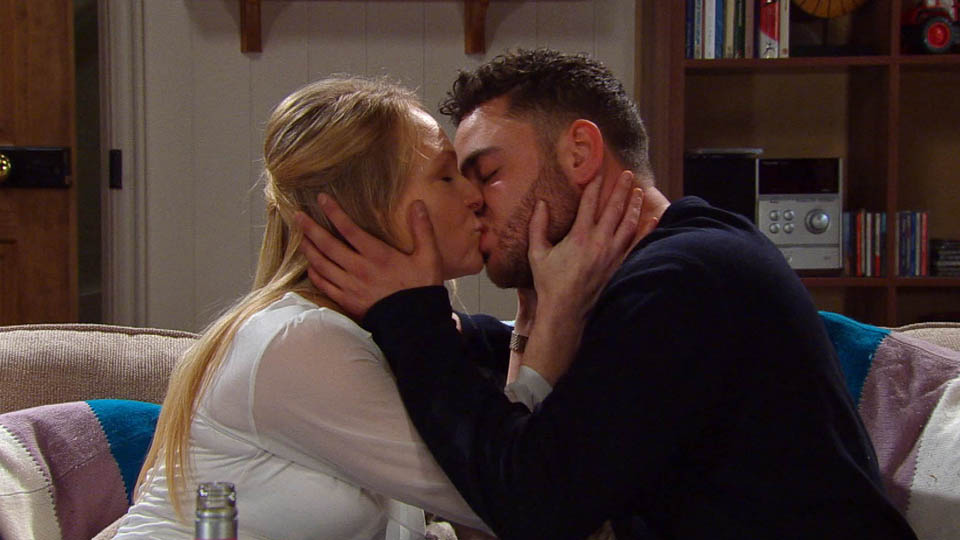 Welcome to our regular look at the goings-on in our favourite Yorkshire soap.  Ladies and gents, this is what you can expect in Emmerdale this week.

With the whole pub watching, it looks like Victoria gave in to peer pressure and said yes to Adam’s marriage proposal last week.  This week, she is forced to tell Adam her true feelings spelling the end of Emmerdale’s newest happy couple.

It seems they aren’t the only couple in dire straits this week, as Kirin attempts to reach out to Vanessa, but is pushed away.  As Vanessa looks to calm her nerves with some wine on the eve of getting her test results, she finds a broken-hearted Adam in the Woolpack and the pair are soon consoling each other.  As they drown their sorrows one thing leads to another and the next morning the pair wake up in bed together, both full of regret.

As Kirin tries to convince Vanessa of his feelings and Victoria insists she still wants to be with Adam, will they be able to keep a lid on their illicit encounter?  It seems that both Vanessa and Adam are considering honesty as the best policy with Adam leaving a voicemail for Victoria, then has a change of heart.  How will he talk himself out of this one?

Laurel seems to be turning to the booze more frequently and this week she goes a bit too far.  Worried about money problems, she tries to secure some more pamper parties without any luck.  She takes a swig or two of booze to cheer herself up, quickly hiding the evidence when Marlon’s around.

Determined to not let the money situation get them down, Marlon suggests they go on a family trip for Scott’s wedding in London.  Initially agreeing to the idea, Laurel is then torn when she hears Kerry mention a party she’s holding for Dan and the temptation proves too much for her.  She persuades Kerry to lie to Marlon in order to get her out of the trip and she hits the party.  Soon the party is in full swing, but Laurel goes overboard ruining the evening and leaving Doug to take care of her.

Next morning she protests to Doug that she must have had her drink spiked, which leads Doug to insist that they go and get explanations from those responsible and it’s not long before her lies are exposed.  When Marlon arrives the atmosphere is tense and it looks like Doug might reveal all until April distracts them.  However, Marlon is no fool and wants to talk to Laurel to find out what’s been going on.

Finn is still confused as to what made Darren run off so quickly after he’d planned on spending the night with him at the B&B.  Bezzie mate Victoria is determined to sort things out, whilst Emma and Val look unimpressed when Darren shows up in the village.

Darren tries to make amends by offering to take Finn out, but Val has ideas to sabotage their date by secretly trashing Darren’s car.  Finn has a list of suspects for the crime, starting with his brother and his mother, who are hurt that Finn would think they’d do that.  When Emma finds out it was actually Val who caused the damage,  she has a stern chat with her and tells her how much Finn would be let down if he found out it was her.

Will Val feel remorse and come clean to Finn?

Priya schemes to get her mum and dad back together.  Is there a chance Rishi and Georgia could rekindle their romance?

Ali is devastated to hear from Dan that their son Sean is in intensive care following an accident.

Will Aaron accept his mum’s offer to buy Robert Sugden out of his scrapyard business?  Robert thinks it’ll get Chas off their backs.

Emma gets her divorce papers from James.  Does she still hold a candle for him?