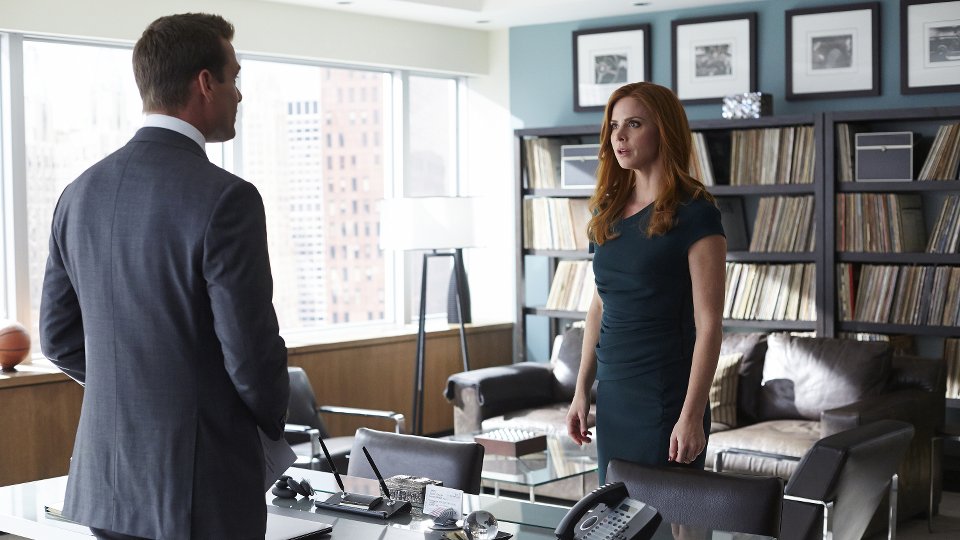 Louis (Rick Hoffman) started to throw his new-found power around after being made a named partner following his blackmail of Jessica (Gina Torres) in Suits.

His first act of spite was burying Mike (Patrick J. Adams) in paralegal work before confronting Rachel (Meghan Markle) giving her a nasty dressing down for covering up Mike’s secret. Rachel stood her ground telling Louis that she will become a lawyer but Louis threw more anger at her.

Elsewhere in the episode Robert Zane (Wendell Pierce) suspected that Louis must have something on Pearson Specter and tried to use Harvey (Gabriel Macht) to find out what it is, and Jessica lied to Jeff (D.B. Woodside) when he became suspicious of Louis’ unexpected rise to named partner.

The next episode of the season is Respect. Jessica persuades Louis to go along with her lie. Professor Gerard is back – and he needs Harvey’s help with a blackmail case.

Tune in to Dave at 10pm on Thursday to see the episode. Preview it with our gallery below: