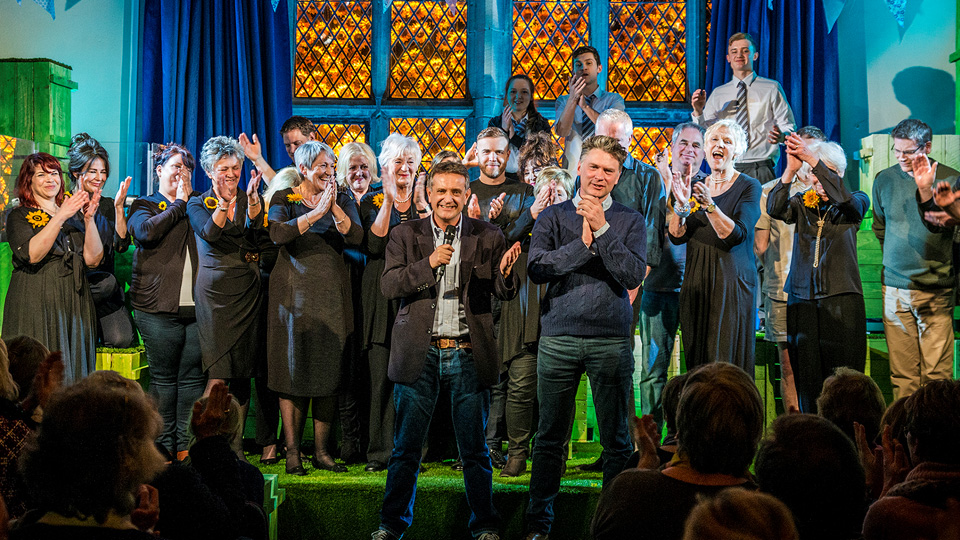 Gary Barlow and Tim Firth, the creators of the new British musical, The Girls, based on the true story, the film and award-winning play by Tim Firth, Calendar Girls, have announced that the world premiere will be at the Grand Theatre Leeds from Saturday 14th November to Saturday 12th December.

Gary Barlow and Tim Firth made the announcement yesterday, Sunday 22 March, in the Village Hall in Burnsall, North Yorkshire (where the whole story originally began), following a rapturous reception to a rehearsed reading of the new musical in front of the original ‘Calendar Girls’, local people and industry professionals.

Gary and Tim said, “We are over the moon with the reception our new musical The Girls has had here in Burnsall, and to have received the ecstatic blessing of the original Calendar Girls is something that is so special to us.  We look forward to its world premiere on November 14 at the Leeds Grand Theatre.”

The Girls is inspired by the true story of a group of ladies, who decide to appear nude for a Women’s Institute calendar in order to raise funds to buy a settee for their local hospital, in memory of one of their husbands.  This musical comedy shows life in their Yorkshire village, how it happened, the effect on husbands, sons and daughters, and how a group of ordinary ladies achieved something extraordinary.