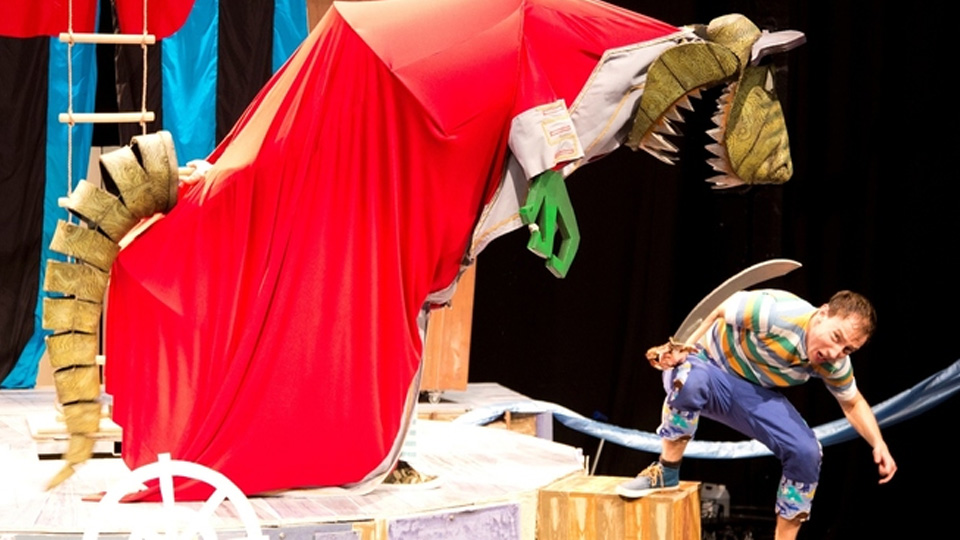 Captain Flinn and the Pirate Dinosaurs is setting sail for a family treat for Easter at West Yorkshire Playhouse, following a rollicking award-winning run at the Edinburgh Fringe Festival, London Wonderground and Southbank Centre.

An adventure for all the family, Captain Flinn and the Pirate Dinosaurs us a non-stop action packed theatrical experience when Flinn discovers a pirate hiding in the school supply closet. Captain Stubble needs Flinn’s help to find his stolen ship, but there are some mean pirate dinosaurs on the loose, and Flinn and his friends soon sail into trouble.

Will fearless Flinn be able to captain the ship and defeat the pirate dinosaurs?  Will Pirate Pearl be brave enough to battle the dangerous dinos and will terrified Tom be back in time for Tea?

Captain Flinn and the Pirate Dinosaurs is brought to life by Les Petits Theatre Company, the exciting children’s theatre company from the team behind internationally acclaimed theatre company, Les Enfants Terribles. The award-winning book by Purple Ronnie creator Giles Andreae and Russell Ayto has been adapted for the stage by Nicole Lewis and Oliver Lansley.