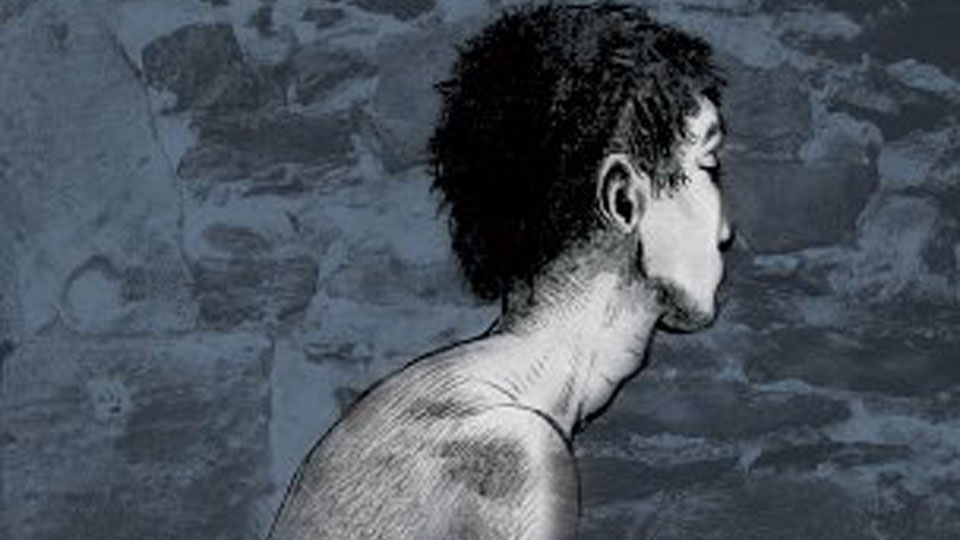 Fans of the grotesque and fantastical writings of Mervyn Peake should head over to the Blue Elephant Theatre where an adaptation of his novella Boy in Darkness is now playing. The sinister story of a boy escaping from his mundane duties in a castle, only to find that the world outside is hostile and downright creepy, bears all of Peake’s hallmarks, and is similar in tone and content to Gormenghast.

Boy in Darkness is told by only one actor – Gareth Murphy – and his virtuoso performance is undoubtedly a draw. As well as narrating, he embodies the boy and the two strange and inhospitable creatures he encounters – a goat and a hyena. The physicality of Murphy’s performance helps to draw distinctions between the characters and give the illusion of a fuller cast, though the constant bleating of the goat grates after a time.

One-man shows are a unique challenge, but running to only just over an hour, there’s plenty of content to keep you hooked. The fantasy landscape of Peake’s work is an acquired taste, as is the richness of his descriptions. The dream-like setting, and Murphy’s mellifluous voice, at times have a soporific effect, but as the boy lurches closer to danger towards the climax of the piece, the pace picks up and the drama commands the attention. At its strongest, the show conjures a nightmarish quality.

Martin Thomas’ set design is another aspect of the production that works highly effectively. There is plenty of open space for the performance, with the audience occupying three sides, and a climbing frame at the back of the stage allows for multiple levels. Murphy’s movement is excellent, so the direction (by John Walton) is seamless.

Fans of Peake’s work will relish this production that takes you to the heart of his world. More casual viewers will enjoy it if they like the storytelling of a one-man show, and a story narrated through performance that taps into the oral tradition. If you’re drawn to magical worlds and fantastical creatures, this may be the show for you.