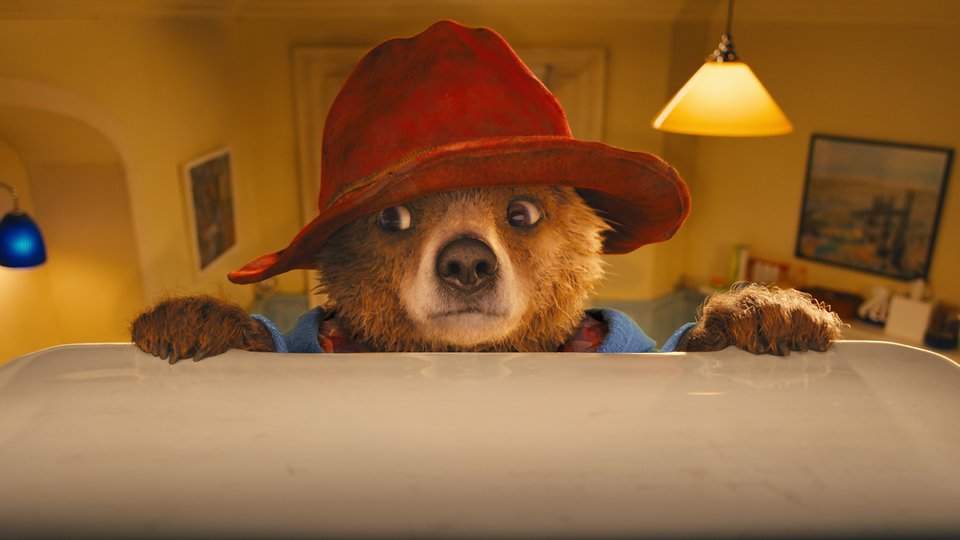 Hailing from deepest, darkest Peru, a young bear heads to London in search of a new home. Once he arrives he is taken in by the kind Brown family, headed by Mr. Brown (Hugh Bonneville). He isn’t too pleased to be welcoming in a new house-guest but Mrs Brown (Sally Hawkins) and their kids love having the bear stay with them. They give him an English name – Paddington, and go about helping him locate one of his family-friends in the city. But this attracts the attention of a woman who works at the museum (Nicole Kidman), who is looking to make Paddington her latest trophy.

Paddington is a movie with a big heart and genuine warmth. A few months ago #creepypaddington took the internet by storm after the first proper publicity still for the loveable bear surfaced online. Looking a bit creepy, the sentiment certainly wasn’t what the film-makers had in mind when they released the image. Now that the full movie is here, we are glad to report that Paddington hasn’t let the meme’s affect him! It’s an infectiously sweet movie with Paddington quite the charming, loveable bundle of fur we were all hoping for!

A large part of Paddington’s charm comes from Ben Whishaw’s vocal work. A late replacement for the departing Colin Firth, Whishaw brings a youthful innocence to Paddington and sounds exactly as you’d hope he would onscreen. Firth left the project because he felt that his voice didn’t quite fit the little bear, but Whishaw has done exceptionally well giving Paddington a real personality.

The Brown family are all brilliant with Hugh Bonneville truly hilarious as Mr Brown. The scene where he and Paddington have to break into a restricted building is one of the comedy highlights of the year! Sally Hawkins is perfect as the sweeter than sweet Mrs. Brown and it’s great to see her in such a big family movie. Samuel Joslin and Madeleine Harris also do well as the children of the house.

The supporting cast are all amazing too with Nicole Kidman doing her best Cruella De Vil impression as Millicent. She is a joy to watch and handles the comedy exceptionally well. She also bounces off Dr Who himself, Peter Capaldi as the Browns’ cantankerous neighbour Mr Curry. Michael Gambon and Imelda Staunton lend their considerable vocal talents to Paddington’s uncle and aunt whilst Julie Walters is hilarious as the housekeeper Mrs Bird. The great Jim Broadbent pops up in a scene-stealing cameo as Mr. Gruber too.

Paddington is the perfect family movie – full of great comedy, sweet sentiment and lashings of marmalade. With a brilliant ensemble and an astute sense of humour, Paddington is the perfect way to spend a day indoors. Writer/Director Paul King has done a remarkable job keeping the essence of Michael Bond’s delightful books intact, whilst creating a family movie that will hopefully be revisited for many years to come.