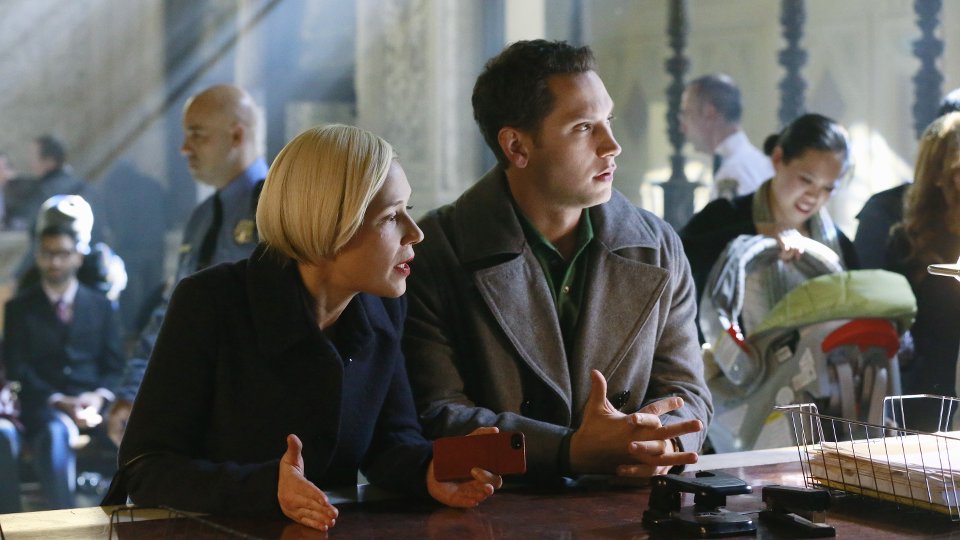 After a very lengthy winter break, How To Get Away With Murder returns in the UK tonight for the last half of its first season.

The first season has already aired in the US so UK fans have had to be careful to avoid spoilers for the hugely popular new show. When last we saw Annalise Keating (Viola Davis) and her law students, we found out the events that led up to Sam’s (Tom Verica) death and it was Wes (Alfred Enoch) that dealt the final blow.

Sam attacked Rebecca (Katie Findlay) and was accidentally pushed over the bannister by Michaela (Aja Naomi King). Presumed dead, Sam managed to attack Rebecca again and Wes bashed him over the head with Annalise’s trophy. After moving the body, Wes returned to get the trophy and Annalise was waiting for him at her desk.

The next episode of the season is Hello Raskolnikov. The students are called in to help Annalise search for her disappeared husband, forcing them to face the consequences of their actions.

Tune in to Universal Channel tonight at 9pm to see the episode. Preview it with our gallery below: