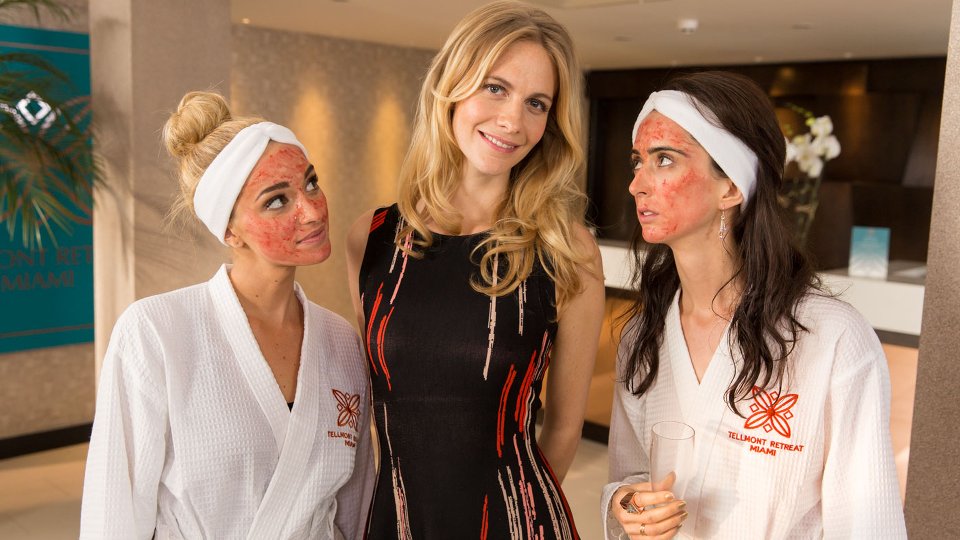 I Live with Models is a brand new flat-share sitcom for Comedy Central, set on the fringes of the fashion industry in Miami. The show centres around Tommy, a chubby barista, whose perfect hands catapult him into the glamorous but ruthless world of modelling. He can take everything his new career throws at him but the hard part is dealing with his new roommates – a tough-talking catalogue model, a muscled lothario and a neurotic catwalk diva.

This is also the first multi-camera sitcom from Comedy Central’s new raft of locally produced commissions.

Tonight’s episode is The Handbag. At a swank fashion party, Anna picks up a handbag instead of a gift bag – then tries to steal the owner’s life. Meanwhile Luke plays mind games with Tommy after he talks to another agent and Enrique gets his first taste of love.

I Live With Models airs at 9.30pm tonight on Comedy Central. Check out two clips from the show below:

In this article:Comedy Central, I Live With Models, Poppy Delevingne