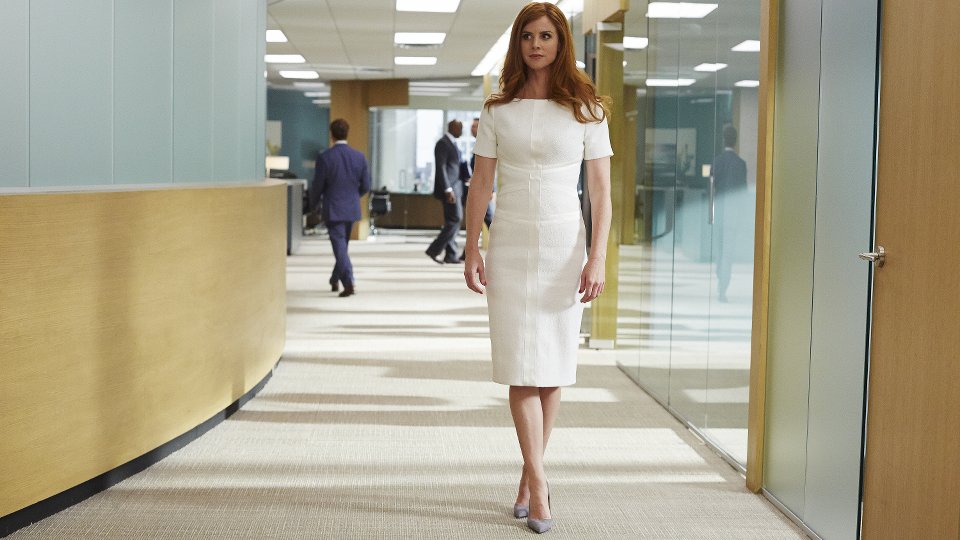 Louis (Rick Hoffman) handed in his letter of resignation following his shady dealings with Forstman (Eric Roberts) on this week’s Suits.

Even though he was trying to do the right thing, Louis found himself making matters worse for Pearson Specter giving them another reason to be on edge about Cahill’s (Neal McDonough) investigation. Louise went to the SEC to confess his wrong doings to Woodall (Zeljko Ivanek) but found he wasn’t interesting leading him to suspect Woodall had also taken money from Forstman.

Elsewhere in the episode Cahill began his round of depositions for the SEC investigation and Mike (Patrick J. Adams) suggested that Pearson Specter depose Cahill for malicious prosecution to stop him from finding anything out.

Louis tells Jessica and Harvey what he did. Jessica tries to stay calm but tells Harvey she will fire

The next episode of the season is This Is Rome. Louis struggles to find a job, but sees a route back to Pearson Spector when he stumbles on Mike’s secret.