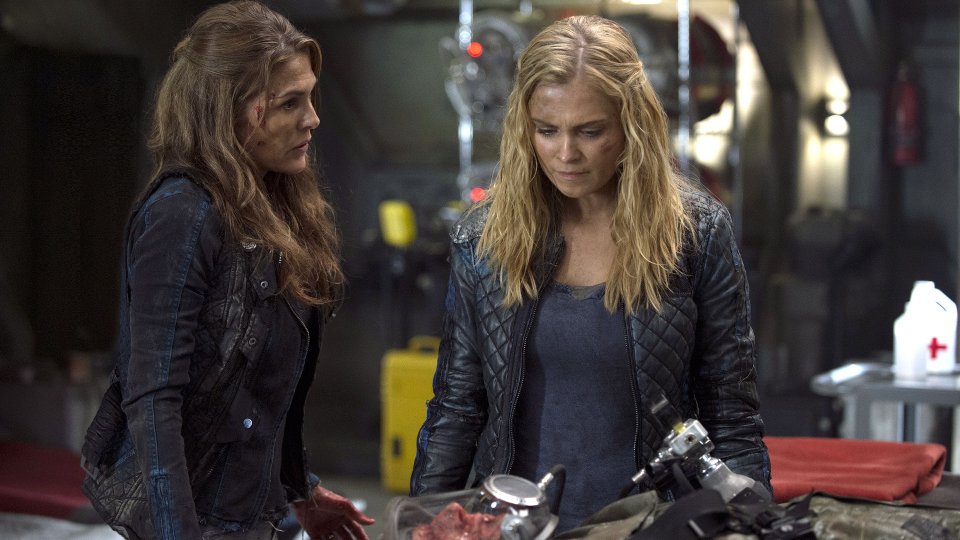 Clarke (Eliza Taylor) and Lexa (Alycia Debnam-Carey) bonded as they battled to survive in the latest episode of The 100.

One of the Grounder council members drove Clarke into the forest with the intent to kill her but Lexa jumped to her defence. The two were confronted by a giant ape and managed to trap it so they could escape. Bellamy (Bob Morley) and Lincoln (Ricky Whittle) infiltrated Mount Weather but their plan went wrong when Lincoln was drugged and Bellamy hauled away.

Elsewhere in the episode Jaha (Isaiah Washington) made plans to escape and find the City of Light, and Octavia (Marie Avgeropoulos) impressed Indra (Adina Porter) with her determination.

The next episode of the season is Coup de Grace. Bellamy and Lincoln’s actions have brutal consequences, and Abby (Paige Turco) fights to stay in control as Clarke steps up in her new leadership role.