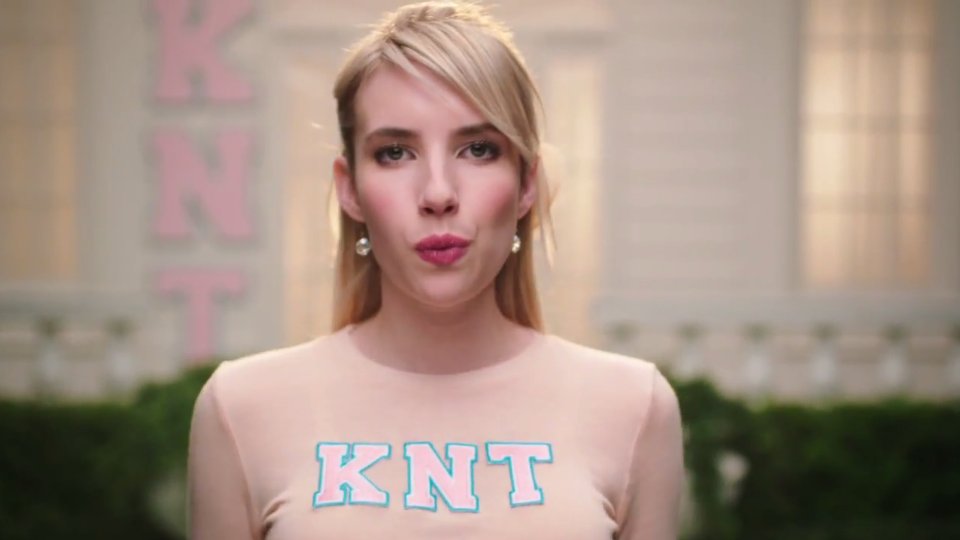 In the short teaser entitled Chanel Bubblegum, Roberts walks out of a sorority house wearing a jumper with the letters KNT on it. She looks into the camera and blows a bubblegum bubble and a demonic face appears in it.

Scream Queens is expected to debut later this year and revolves around a college campus which is rocked by a series of murders and is set in a sorority house. The show also stars Jamie Lee Curtis, Lea Michele, Abigail Breslin, Keke Palmer, Ariana Grande and Nick Jonas.

Joe Manganiello was announced as part of the cast but he’s had to pull out due to scheduling conflicts for Magic Mike XXL. He will be replaced by Nashville star Oliver Hudson, who is believed to be juggling his Nashville role with his role in Scream Queens.

Check out the new teaser below:

In this article:Emma Roberts, Scream Queens