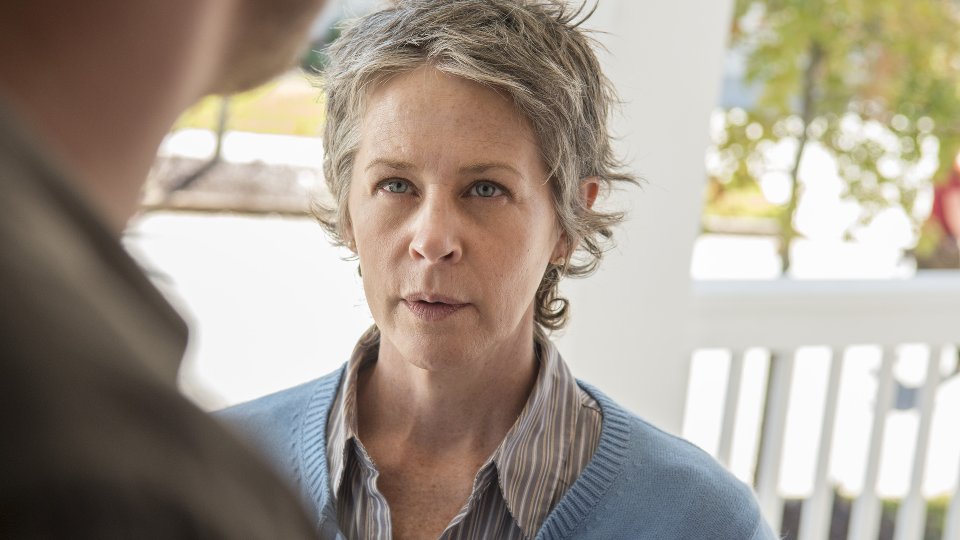 Rick (Andrew Lincoln) and the survivors tried to adapt to life at the Alexandria Safe Zone in the latest episode of The Walking Dead.

Having been in the compound for a little time Rick, Carol (Melissa McBride) and Daryl (Norman Reedus) agreed to try and integrate with the community whilst they scoped out if it was really safe or not. During a party thrown by Deanna (Tovah Feldshuh), Carol snuck out to get the group’s guns back and was caught by one of the children from the community.

Elsewhere in the episode Daryl bonded with Aaron (Ross Marquand) and Sasha (Sonequa Martin-Green) struggled to pretend that life was normal after losing Tyreese (Chad Coleman).

The next episode of the season is Spend. Though they are still breathing, the line between Rick’s group and the dead is starting to blur. Could there be anything at this point that brings them back to life?