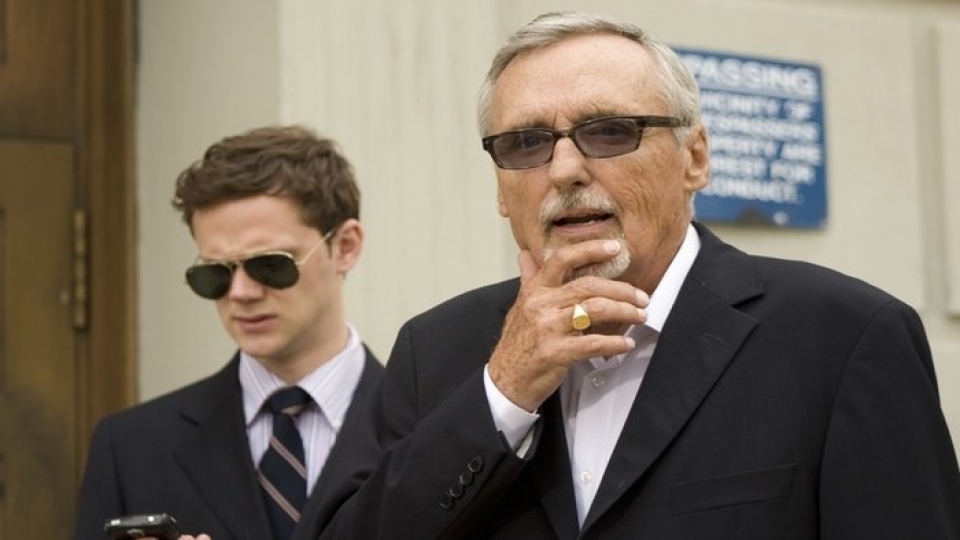 The production team behind Dennis Hopper’s final unreleased film, The Last Film Festival, are launching a Kickstarter campaign to raise funds to complete the picture.

The legendary Dennis Hopper is best known for his dramatic roles, but The Last Film Festival offers a rare comedic performance. The money raised on Kickstarter will allow director Linda Yellen to complete the project and give fans their final farewell to the great actor.

Filming on The Last Film Festival came to a halt four years ago when Dennis Hopper tragically died at the age of 74 from cancer. Hopper, who starred in Blue Velvet, Rebel Without a Cause, Apocalypse Now and Speed, was just a few scenes short of completing work on the film. The funds raised to finish the movie will pay for the rights to use footage from other motion pictures, edit the movie and add special effects to complete the film’s narrative without any new actors needed.

Yellen explains: “May 2015 will mark the fifth anniversary of Hopper’s death, and we wanted to release the movie to coincide with this. We are reaching out to film fans over Kickstarter as other investment offers have come with a number of unwelcome demands, including cutting certain scenes, altering the film’s score, and even changing Dennis Hopper’s voice! Dennis saw a rough cut of the movie before he died and loved it. We want everyone to see the same film that Dennis and I envisioned. This is an opportunity for fans of Dennis Hopper, fans of comedy, and fans of independent cinema, to help get this film over the finish line.”

The picture was written specifically for Dennis Hopper by director Linda Yellen and her writing partner Michael Leeds. Yellen tells, “I met Dennis at the Sundance Film Festival. We spent a lot of time laughing at the excitement, extravagance, and chaos of it all! Sundance is one of the best film festivals in the world, I wondered what the worst would be like. Dennis said, ‘That’s a great idea kid, you write the script and I’ll do it.’ And he did!”

Co-star Jacqueline Bisset says “Working with Dennis Hopper, as an iconic figure ever since I heard of him in the 60’s, was a blast, he’s a fiery complex emotional artist. He was the coolest guy without even trying. I enjoyed my role with him playing his ex-wife, an actress who he ridiculed and lied to but who understood their mutual ambitions. He was dangerous, volatile, and tender. I am happy to support this campaign and would be thrilled if you could get involved with us in backing the project to help us finish. Sadly The Last Film Festival is Dennis Hopper’s last film”.

Pledge levels for supporting the campaign begin at $1. Backers of the project will receive exciting memorabilia including signed scripts, invitations to the première, and even dinner with co-star Jacqueline Bisset.

In this article:Dennis Hopper, Kickstarter, The Last Film Festival