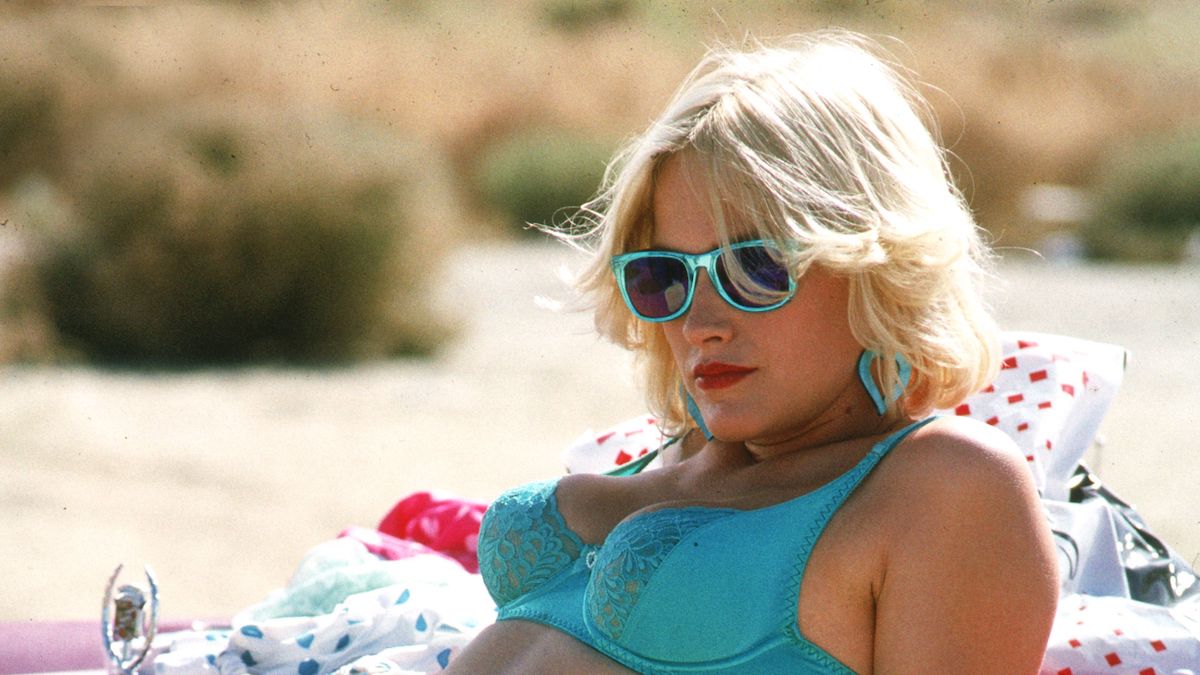 When Quentin Tarantino emerged on the scene in the early 90s as the hottest new screenwriter in Hollywood, he came armed with four calling card scripts. Two of them he went on to direct himself, which were of course the era defining ‘Reservoir Dogs’ and ‘Pulp Fiction’. The other two were a pair of ‘lovers-on-the-lam’ thrillers, which although drawn from the same well (the Starkweather killings) couldn’t be more different. ‘Natural Born Killers’ directed by Oliver Stone was a psychotic and controversial acid trip through a media frenzied murder spree. The other was ‘True Romance’.

Helmed by the late, great Tony Scott, this was comfortably the most mainstream of those early Tarantino flicks. Riffing on ‘Badlands’, shot through with Scott’s signature high contrast style, and with a ridiculously stacked call-sheet, ‘True Romance’ bombed on release. Something which seems almost unthinkable now. It eventually found its audience on video, with people discovering it in the wake of ‘Pulp Fiction’.

But as mainstream as it appears on the surface, this is a wild and twisted ride. An adolescent wet dream fantasy of a film, it’s a cinematic sugar rush of sex, violence, drugs, junk food, pop culture, and endlessly quotable dialogue. Presented here in a terrific 4K restoration from Arrow Video, and with hours of special features, this new limited edition is pretty much the definitive release of ‘True Romance’.

Christian Slater stars as Clarence, an Elvis obsessed young man who works at a comic book store, and spends his birthday on his own watching kung-fu movies. Into his sad little life comes beautiful call-girl Alabama (Patricia Arquette), who instantly captures his heart, and let’s be honest, the heart of every teenage film nerd who ever saw this flick. When Clarence tries to free Alabama from the clutches of her disgusting pimp (a brilliant Gary Oldman) things go very bad very quickly, and the star-crossed lovers soon find themselves on the run with a suitcase full of coke.

Between Tarantino’s full tilt boogie of a script, and Scott’s trademark kinetic style, the film moves breathlessly forward, as Clarence and Alabama try to sell the drugs, whilst being pursued by a bunch of very scary people who want it back. Nearly every scene features a cameo from an A-lister who just absolutely kills it. From Brad Pitt as a couch surfing stoner, Gary Oldman as a white pimp who thinks he’s black, to the now iconic face-off between Dennis Hopper and Christopher Walken, but it’s James Gandolfini’s terrifying mob hitman who very nearly steals the film.

For the most part, ‘True Romance’ is pure wish-fulfilment, fairytale bullshit, but it is deliriously entertaining fairytale bullshit, and that does count for something. Pitched at slightly the wrong key by either Tarantino, Scott, or any of the lead actors, and this could have been a very different film. It takes a deft touch to make self-absorbed, homicidal vigilantes lovable, but they do it. We love Clarence and Alabama as much they love each other from the moment we meet them. Genuinely romantic, brutally violent, and frequently hilarious, ‘True Romance’ fully deserves its status as a 90s cult classic.

The disc comes loaded with special features. There are two versions of the film to choose from (theatrical and directors cut) and four feature length commentary tracks. There is one with Tony Scott, one with Quentin Tarantino, another with Christian Slater and Patricia Arquette, and a final one with film critic Tim Lucas.

There are select scene commentaries, which were recorded in 2002. These include Dennis Hopper talking about the “Sicilian” scene with Christopher Walken; Val Kilmer discussing his cameo as the mentor/Elvis; Brad Pitt talking about his first scene in the film as Floyd; and Michael Rapaport doing a much longer commentary about his various scenes as Dick Ritchie. We also have two new scene commentaries recorded in 2021. One from Bronson Pinchot which includes some great anecdotes about the film, and also ‘Beverly Hills Cop 2’. The other is with Saul Rubinek who reveals that Tony Scott thought he was doing a perfect Joel Silver impression in his portrayal of Lee Donowitz.

There’s 50-minutes of brand-new interviewers, with costume designer Susan Becker, co-editor Michael Tronick, and additional composers Mark Mancini & John Van Tongeren. There’s also interviews with Larry Taylor, the author of ‘Tony Scott: Man on Fire’ who profiles the legendary filmmaker, and Dan Storm, the man who now owns the purple Cadillac from the film. He talks about how he acquired the car, and also how he co-founded the annual ‘True Romance’ festival.

The disc also includes the original electronic press kit (EPK) from the archives. This comprises three short featurettes, a selection of archival interviews, and 15-minutes of behind-the-scenes footage which includes a great moment of Christian Slater and Gary Oldman watching their scene back on the monitor and giggling at how fucking cool it was.

Next up we have 30-minutes of deleted / extended scenes with optional commentary from Scott. You can also watch the alternative ending with optional commentaries from either Scott or Tarantino. Finally, there are the original trailers and TV spots, and a selection of production stills and poster and video art.

The limited edition also comes with newly commissioned artwork by Sara Deck, a 60-page perfect-bound collectors booklet featuring new writing on the film by Kim Morgan and Nicholas Clement, a 2008 Maxim oral history featuring interviews with cast and crew, and Edgar Wright’s 2012 eulogy for Tony Scott. There’s also a double-sided poster featuring original and newly commissioned artwork by Sara Deck, and six double-sided, postcard-sized lobby card reproductions. All in all, this is a phenomenal release.