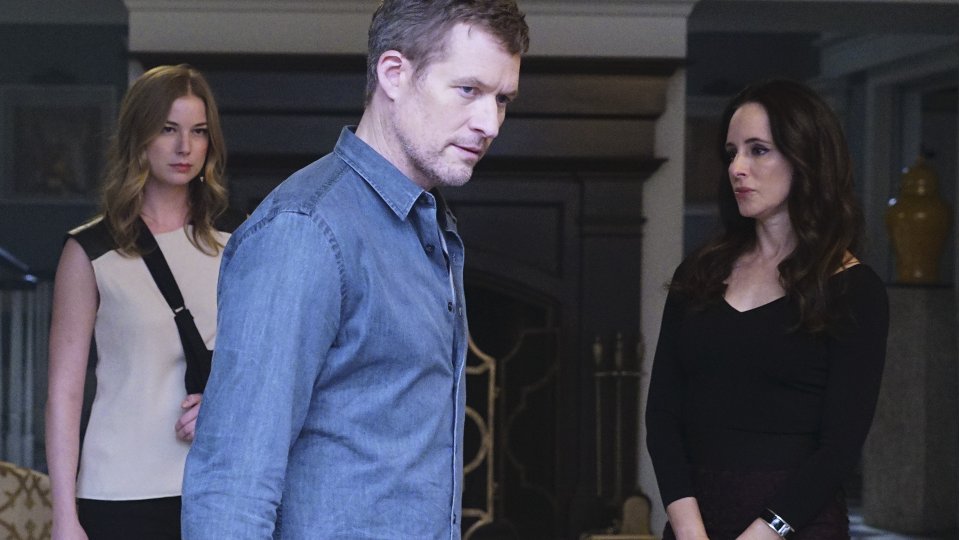 Revenge served up a shocking twist when Daniel Grayson (Josh Bowman) was shot and killed by Malcolm Black’s daughter Kate (Courtney Ford) whilst trying to save Emily (Emily VanCamp).

Emily’s suspicions proved to be true after asking Nolan (Gabriel Mann) to look into Kate’s file. During Nolan’s party, Kate confronted Emily and the two women took things back to Grayson Manor where a fight ensued. Daniel was caught in the crossfire and Jack (Nick Wechsler) saved the day by shooting and killing Kate. Daniel died in a devastated Emily’s arms.

Even more devastating is that Daniel had just decided to step up and be the man Margaux (Karine Vanasse) wanted him to be after she announced her pregnancy.

The next episode of the season is Epitaph. As Emily and Victoria grieve, David springs into action to protect his loved ones. FBI agent Ted Powell arrives, looking for Kate.