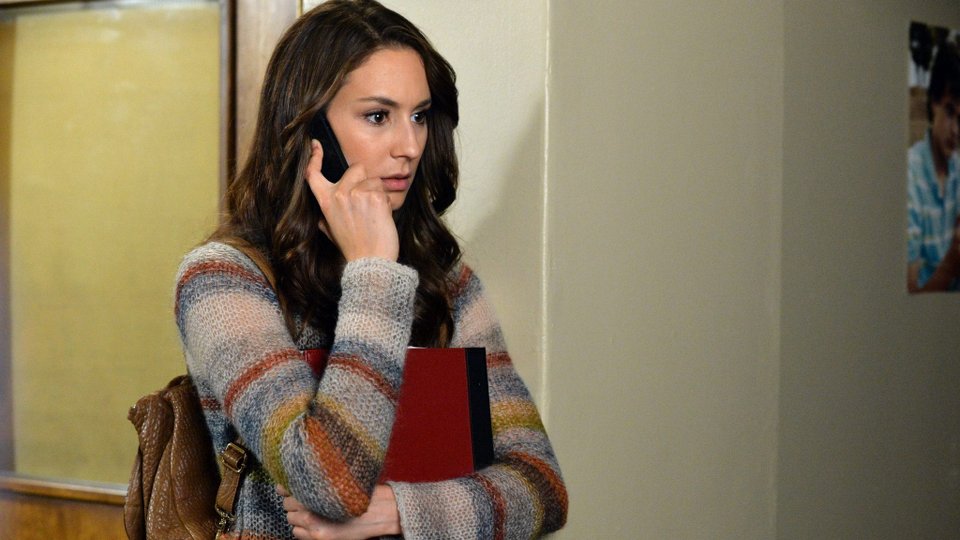 The day of Alison’s (Sasha Pieterse) trial arrives on the next episode of Pretty Little Liars and with only 3 episodes of the fifth season left you can be sure there are plenty of twists to come.

In the latest episode Hanna (Ashley Benson) ended up behind bars accused of being Ali’s accomplice, even though Ali never actually named Hanna despite pressure to take a plea deal from her lawyer. Elsewhere in the episode Spencer (Troian Bellisario) took her mind off Rosewood, Emily (Shay Mitchell) got a clue as to the identity of Varjack and Aria (Lucy Hale) called time on her relationship with Ezra (Ian Harding).

The next episode of the season is The Melody Lingers On. Will Ali’s trial get underway without a hitch and can the girls get Hanna our of jail?

Three video sneak peeks have been released so you can get a taste of what’s coming up….

Emily receives a call from Alison

Andrew and Aria talk about Mona