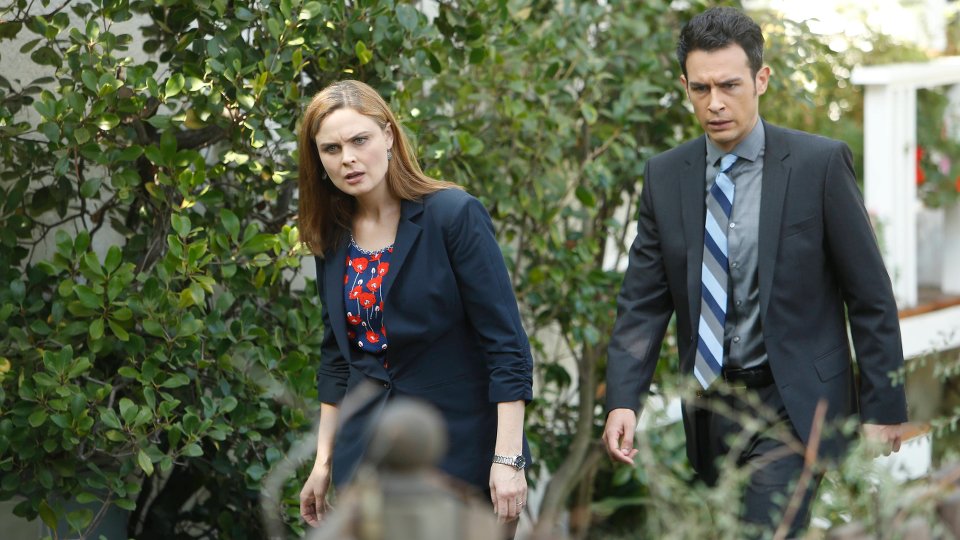 The Jeffersonian team welcomed a new member to the family after solving their latest case this week on Bones.

The team was called in after a crossword puzzle master was discovered in an urban fracking site. As the team’s investigation went on it transpired that the puzzle master was secretly suffering from Alzheimer’s which led the murderer, the victim’s estranged son, to incorrectly believe that he was being pushed away by his father when he tried to reconnect with him.

Elsewhere in the episode Daisy (Carla Gallo) spent the episode arguing with the team about her spiritual birth partner until she went into labour. Brennan (Emily Deschanel) and the team rallied around her for support as she safely delivered her baby in hospital.

The next episode of the season is The Mutilation Of The Master Manipulator. The discovery of a professor’s body throws straight-talking Brennan and sarcastic agent Aubrey into an uncomfortable partnership.