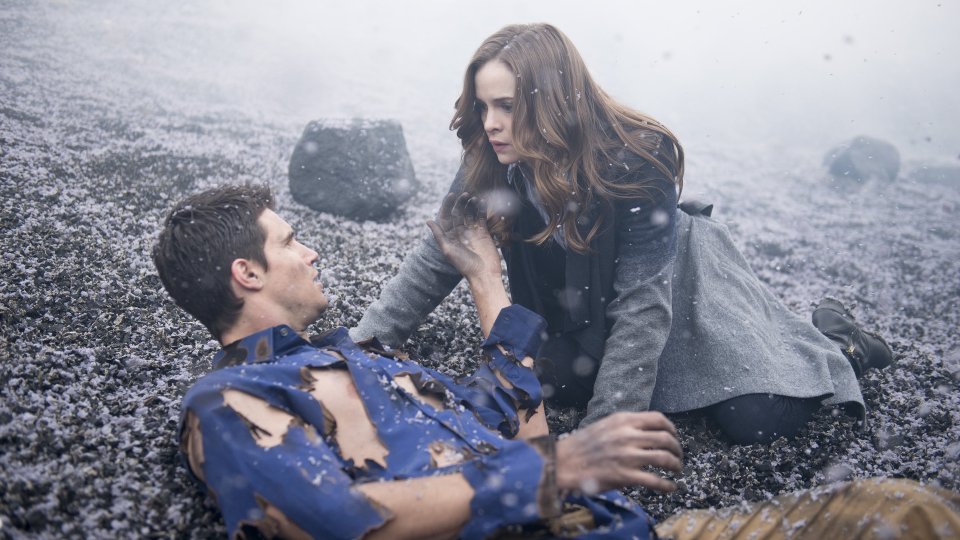 The latest episode of The Flash saw the team track down Ronnie – whose body was being controlled by Dr. Stein – and use Dr. Stein’s wife to try and convince him to go into the lab for testing. Dr. Wells (Tom Cavanagh) figured out a way to split Ronnie and Dr. Stein but Ronnie’s body went nuclear in the process.

Elsewhere in the episode Joe (Jesse L. Martin) asked for Cisco (Carlos Valdes) for help with his investigation into the death of Barry’s (Grant Gustin) mother. When they found a new blood sample at the scene of the crime, Joe asked Cisco to test it against Dr. Wells’ blood causing friction between the two. Once Cisco did run it he found it was a sample from an adult Barry.

The next episode of the season is Fallout. Ronnie and Dr Stein go their separate ways, only to run afoul of General Eiling. Plus, Barry develops a new skill.