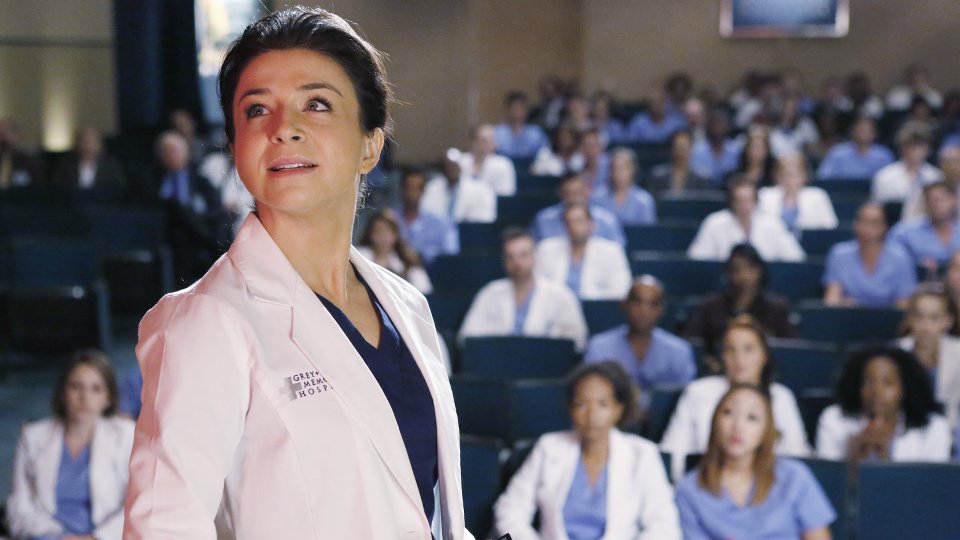 Maggie’s (Kelly McCreary) suspicions were raised when Meredith (Ellen Pompeo) lied about her trip to see Derek (Patrick Dempsey) in the latest episode of Grey’s Anatomy.

Trying the indirect approach, Maggie became frustrated when Meredith evaded her questions and fed her more lies. Eventually she confronted her and told her she knew she was lying because Derek kept calling to speak to her putting her in an awkward position. Meredith eventually admitted that she was going to see Derek but she couldn’t go through with it and spent the weekend alone in a hotel.

Elsewhere in the episode Bailey (Chandra Wilson) and Ben (Jason George) butted heads when Ben’s brother was admitted to hospital and they discovered he was transitioning, Richard (James Pickens Jr) realised Catherine (Debbie Allen) had used him so she could stay around to keep an eye on Jackson (Jesse Williams), and Callie (Sara Ramirez) attempted to re-enter the dating scene. Oh and there was a kiss between Owen (Kevin McKidd) and Amelia (Caterina Scorsone) which has been building for a while now.

The next episode of the season is Staring At The End. Focus falls on Dr Herman as Amelia gives a lecture to the team detailing how she’s going to operate on their colleague’s brain tumour.