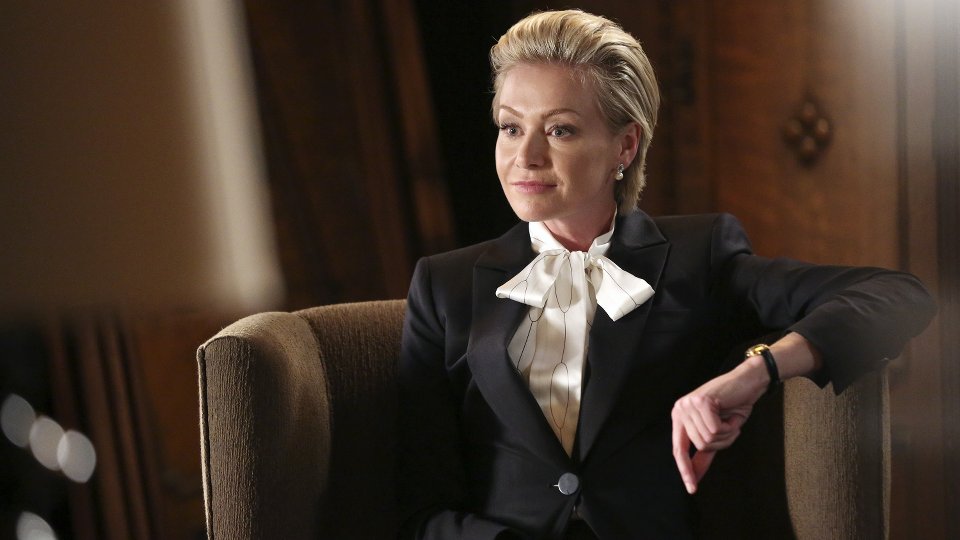 Olivia Pope (Kerry Washington) and her Gladiators pulled together to help one of their own in the latest episode of Scandal.

Abby’s abusive ex-husband Charles ‘Chip’ Putney (Michael Trucco) made an appearance after being nominated for Virginia’s U.S. Senator. Olivia and the team took on his opponent Susan Ross (Artemis Pebdani) to try and beat him. Abby also turned to Leo Bergen (Paul Adelstein) and revealed the truth about her marriage which resulted in Leo ruining Chip’s campaign.

Elsewhere in the episode Olivia visited Tom (Brian Letscher) in prison to try and get the truth about Jerry’s (Dylan Minnette) murder. After getting nowhere she went to extreme measures leading to Fitz (Tony Goldwyn) releasing Jake (Scott Foley). Quinn (Katie Lowes) confronted Catherine’s (Sonya Walger) husband leading him to kill himself, Huck’s son tracked him down, and Cyrus (Jeff Perry) tested Michael (Matthew Del Negro) to see if he is leaking information.

The next episode of the season is The Last Supper. Jake, Olivia and Fitz plot to bring down Rowan, but he’s always one step ahead.