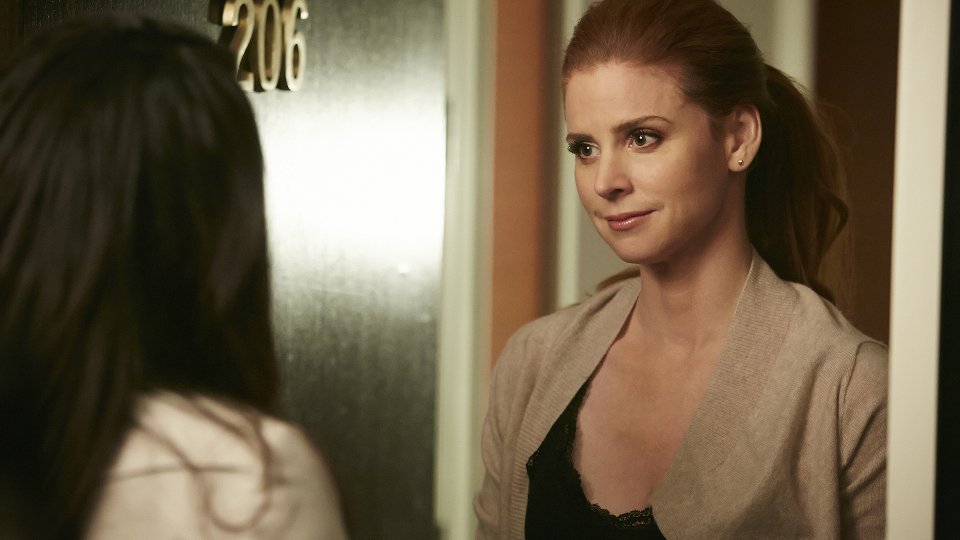 Things got really messy in the latest episode of Suits with pretty much every character crossing over a line or two.

Mike (Patrick J. Adams) was sacked by Sidwell (Brandon Firla) when his deal with Forstman (Eric Roberts) was revealed. As if that wasn’t bad enough Rachel (Meghan Markle) decided that she had to tell Mike about her indiscretion with Logan (Brendan Hines) against Donna’s (Sarah Rafferty) advice. How is Mike going to take that news?

Elsewhere Louis (Rick Hoffman) saved the day for Harvey (Gabriel Macht) but had to make an illegal deal with Forstman in order to do so. Harvey dropped Logan as a client choosing Mike after Rachel convinced Mike to put a clause in his contract that forced Harvey to drop him.

The next episode of the season is We’re Done. Mike deals with his sacking and Rachel’s betrayal. Is a return to Pearson Specter viable?