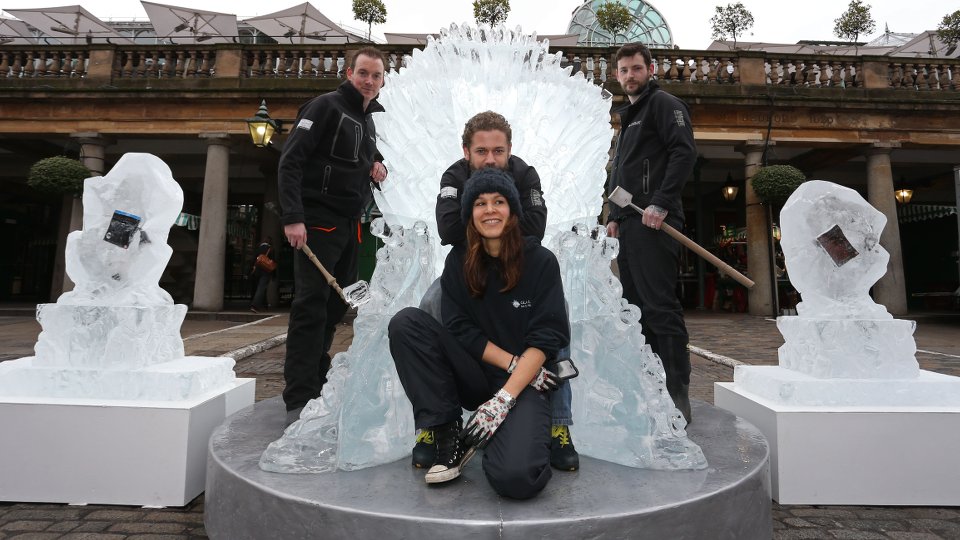 To celebrate the release of Game of Thrones: The Complete Fourth Season, a life-sized ice sculpture of the infamous Iron Throne has been erected in London’s Covent Garden.

HBO has collaborated with the pioneering Glacial Art Ice Sculptors to create the sculpture and is encouraging fans of the show to #TakeTheThrone for one day only. Since the sculpture was unveiled, fans have queued up in their hundreds for a chance to be King of the Seven Kingdoms.

Sculptor Mat Foster, director of Glacial Art Ice Sculptors, comments, “The Glacial Art team are huge Game of Thrones fans and we were delighted to be approached by HBO to commission this Iced Throne. It was one of the biggest honours and most difficult challenges of our professional careers; but for the greatest show on earth we wanted to create nothing short of our most impressive ice sculpture to date.”

Game of Thrones: The Complete Fourth Season is out on Blu-ray and DVD now, courtesy of HBO Home Entertainment. Check out some pictures of the sculpture in our gallery below: