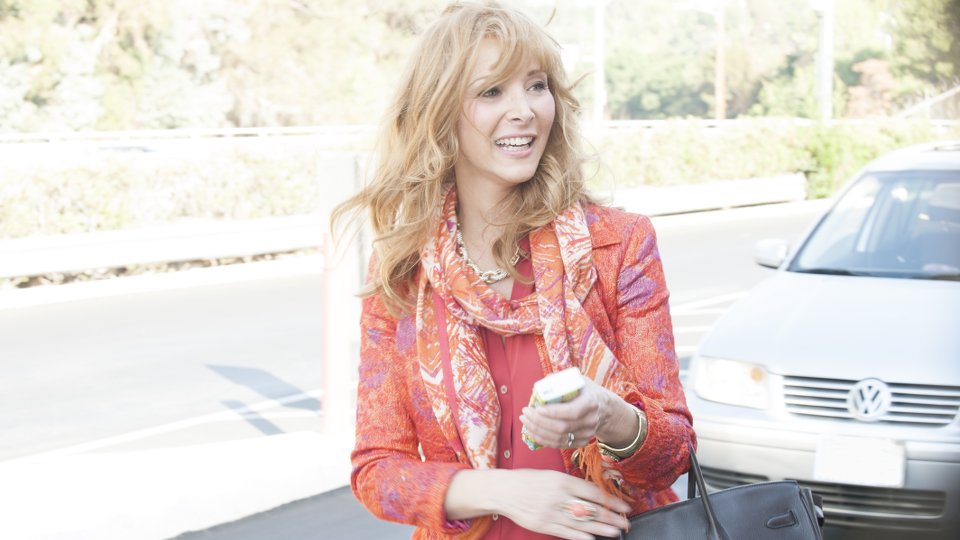 Just when we thought we couldn’t cringe any more for Valerie Cherish (Lisa Kudrow), the latest episode of The Comeback proved us wrong.

After landing the lead role in Paulie G’s (Lance Barber) new show Seeing Red playing a fictionalised version of herself, Val went off in search for her former producer Jane (Laura Silverman) to recruit her to head up her documentary crew. HBO asked Val to repurpose her new reality show as behind-the-scenes web content for the show.

Elsewhere in the episode Val and Mark (Damian Young) attended a HBO Golden Globes party which got very awkward when they encountered Paulie G.

The next episode of the season is Valerie is Brought to Her Knees. Seth Rogen guest stars as Val gets nervous when she prepares to film a raunchy scene.

Advertisement. Scroll to continue reading.
In this article:The Comeback