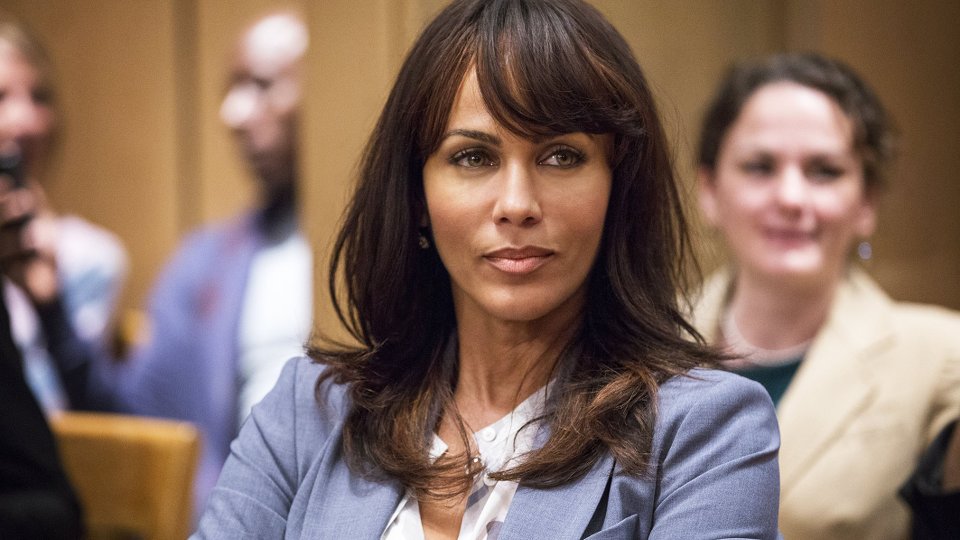 Erich Blunt (Tom Felton) found himself without a lawyer after telling one lie too many to Warren Daniels (James Cromwell) in the latest episode of Murder in the First.

Erich’s personal attorney David (Richard Schiff) stepped in to try and help but his lack of criminal law experience saw Erich begging Warren to take him back as a client. The attorney agreed but only if Erich took a lie detector test to prove his innocence. When he passed, Warren took Erich back on as a client.

Another suspect came into the frame when Erich’s pilot Wilkerson (Steven Weber) was revealed to have had an affair with Cindy (Brianne Davis) and a video of the two having sex surfaced.

Elsewhere Terry (Taye Diggs) and Hildy (Kathleen Robertson) tried to discuss their kiss and Hildy was left surprised when Erich asked her for a date once his trial was over.

The next episode of the season is Punch Drunk. It’s six months later, and the whole world is watching as tech genius Erich Blunt is put on trial for the murder of his flight attendant, Cindy Strauss.