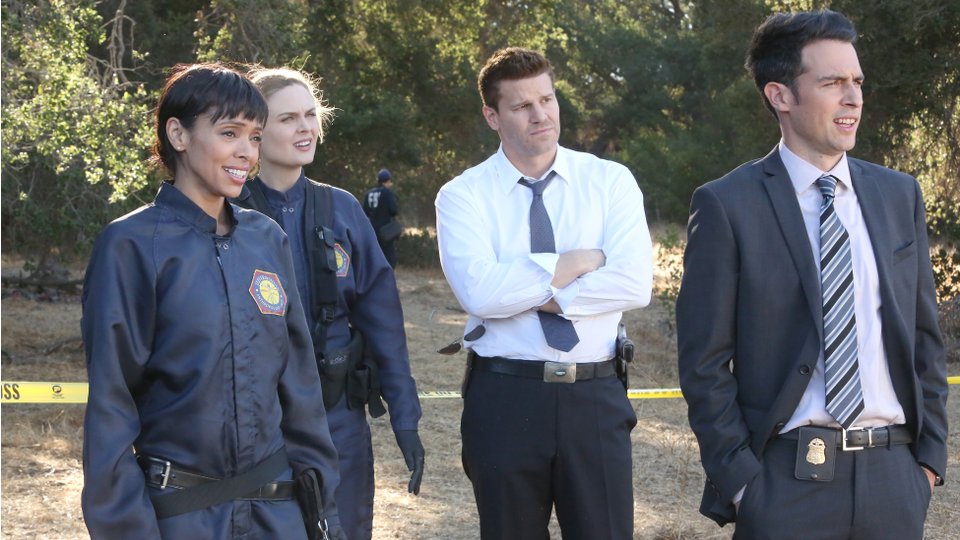 Dr. Hodgins (T.J. Thyne) found himself the prime suspect in a murder case (again!) in the latest episode of Bones.

During a forensic scientist convention Hodgins ran into an old colleague Dr. Leona Saunders (Amy Davidson) and was less than pleased to see her after she stole his designs years earlier. After a heated exchange the two went their own way but soon after Leona’s body was found in a stairwell. The team pulled together to prove Hodgins’ innocence and discovered who the real killer was.

The next episode of the season is The Lost Love In The Foreign Land. The death of a maid has a profound effect on Aubrey (John Boyd) when it exposes a crime far bigger than he and Booth (David Boreanaz) could have imagined.