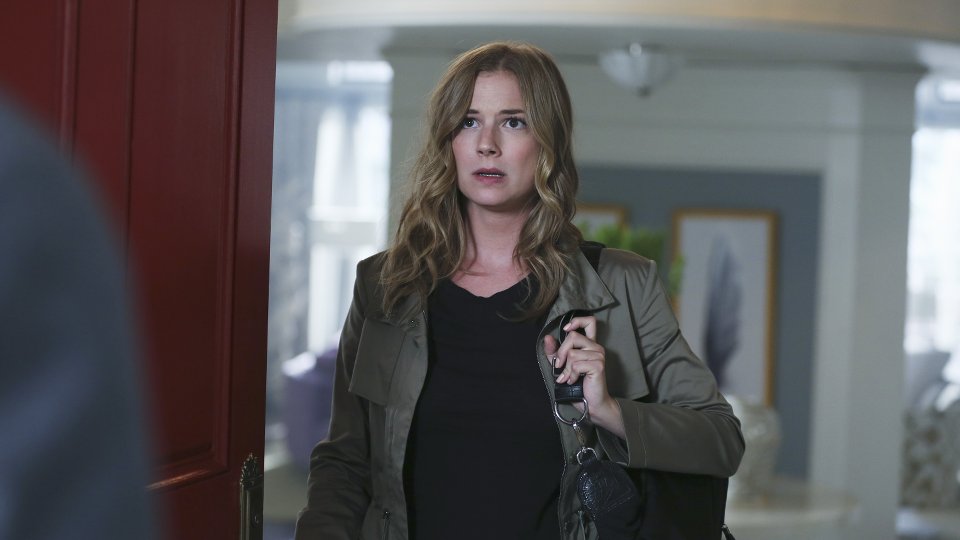 We waved goodbye to another Hamptons regular in last night’s all-new episode of Revenge.

Damage saw Charlotte (Christa B. Allen) check herself into rehab after getting into another fine mess. After being kidnapped, Charlotte tried to escape and killed her kidnapper in the process. With no options left, Charlotte called Emily (Emily VanCamp) for help and the two covered the murder up.

Elsewhere in the episode David (James Tupper) humiliated Nolan (Gabriel Mann) during a live TV interview, Victoria (Madeleine Stowe) tried to stop Louise (Elena Satine) from interfering with her family, and Emily discovered that David was lying about his whereabouts since his supposed death.

The next episode of the season is Ambush. Daniel confronts Emily about the secrets that she has been keeping, while things heat up to a dangerous level between Margaux and Louise.

Tune in to E4 at 8pm to see the new episode of Revenge. Preview it with our gallery below: