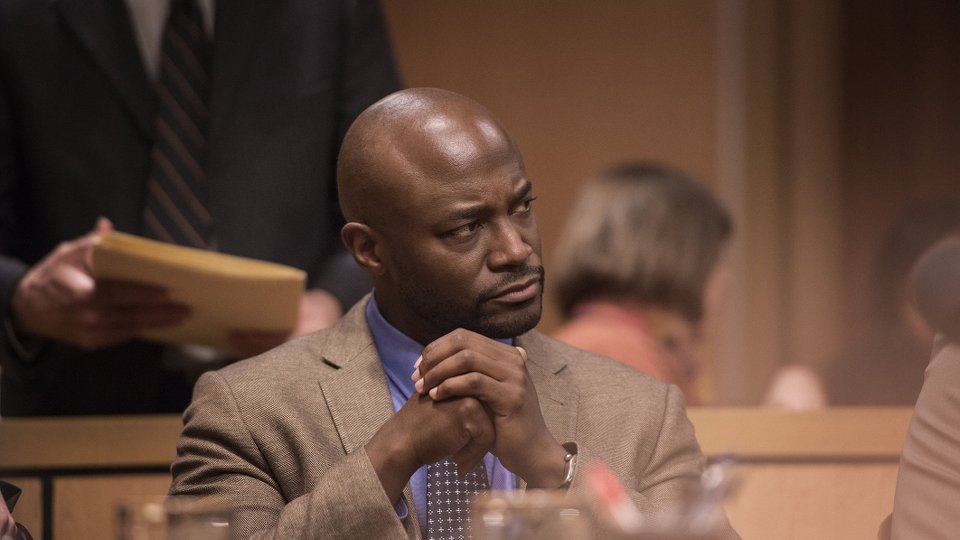 The evidence seems to be very much against Erich Blunt (Tom Felton) in the latest episode of Murder In The First.

The billionaire was found likely to be the father of Cindy’s (Brianne Davis) unborn child and the source of the semen found in her mouth. His reputation was called into question when an acquaintance of Molk’s (Raphael Sbarge) claimed that Erich drugged and raped her years earlier. With the evidence mounting against him Erich hired ruthless attorney Warren Daniels (James Cromwell) to defend him.

Elsewhere in the episode Hildy (Kathleen Robertson) was told by a juvenile witness that his mother was in danger from her boyfriend and after calling her for help, Hildy arrived to find the boyfriend beating up the boy’s mother. She shot and killed him and was placed on administrative leave.

The next episode of the season is Burning Woman. As Terry (Taye Diggs) and Hildy deal with the repercussions of her officer-involved shooting, she confronts the prospect of losing her job, while Terry works to keep her out of trouble.

Tune in to FOX at 10pm on Friday to see the episode. Preview it with our gallery below: