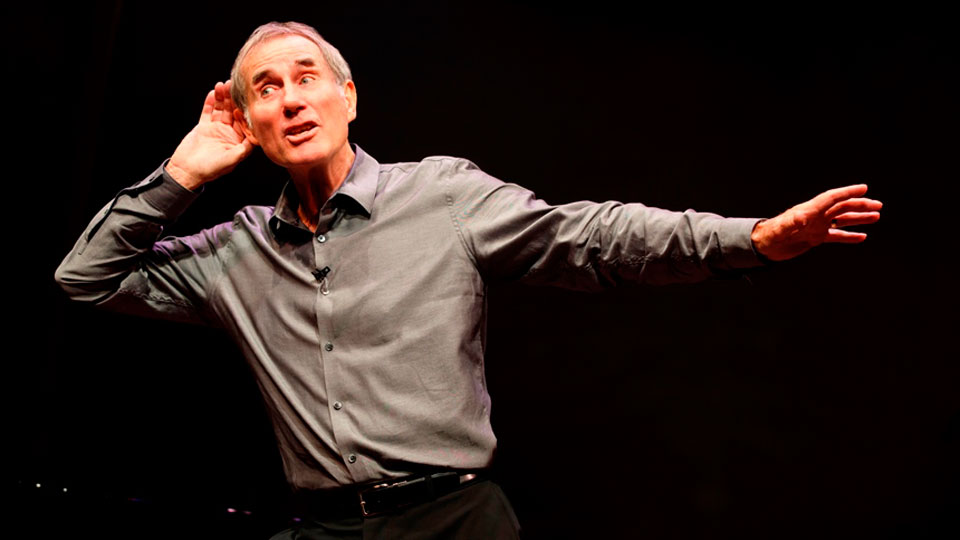 Previewing from Tuesday 26th May at the Vaudeville Theatre, where Jim made his West End musical debut in 1965 in The Wayward Way, this return marks the 50th Anniversary of his first performance at the theatre.

Jim Dale is one of the world’s great stage entertainers: singer, dancer, comedian, Shakespearean actor, raconteur. In Just Jim Dale, Jim takes audiences on a journey through an unequalled career in the theatre with a myriad of irresistible showbiz tales, songs and performances – a career extending from performing as the youngest professional comedian on the British Music Hall stage, to joining the National Theatre at the request of Sir Laurence Olivier, starring in 11 Carry On films, his Broadway triumphs in Scapino, Barnum and Me and My Girl, and then his uproarious experiences narrating all seven Harry Potter audiobooks for the US market. Candid, intimate and hilarious, Just Jim Dale is an unforgettable evening with consummate stage personality, encompassing stories from the vast breadth of Jim’s theatrical work, film roles and beloved songs, including The Colours of My Life, The Lambeth Walk and Georgy Girl.

Jim says: “It’s hard to believe that it will be 50 years since I made my West End debut at the Vaudeville Theatre, so I’m thrilled to be back with my own show. Stepping onto that stage again will be as comfortable to me as slipping into an old pair of jeans.”

See www.justjimdale.com for more details and to book.