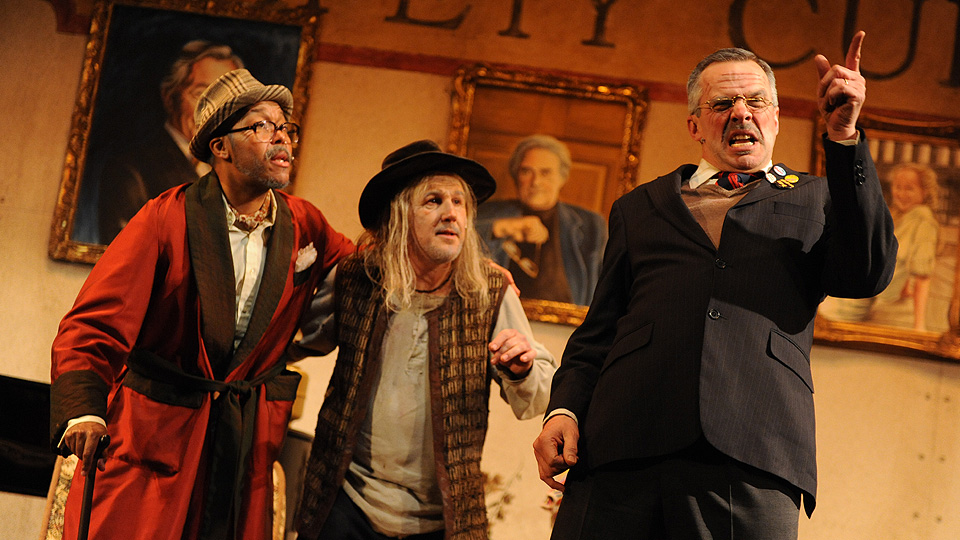 First staged at Nottingham Playhouse four years ago, Forever Young has become an annual treat for audiences wanting to banish the winter blues, and has gained cult status from thousands of loyal fans.

Full of the best in panto fun that’s strictly for grown-ups, the show features classic comedy routines, slapstick, magic, surprisingly athletic dancing, lots of sing-along fun and a finale guaranteed to get you on your feet.

The show features chart-topping music from the likes of Nirvana to Tom Jones, Barbie Girl to Bob Dylan, and Aretha Franklin to Gloria Gaynor performed as you’ve never heard it before.

Forever Young stars the ever-popular Clara Darcy who delighted Cast audiences at Christmas playing the Genie in this year’s pantomime success, Aladdin.  Clara also recently appeared on stages across the UK in touring productions of Propaganda Swing, Chicago and Brassed Off.

Graham Whitehead, Head of Marketing and Communications for Cast said: “We’d heard such good things about Forever Young that when we found out it was touring we were determined to bring to Cast for our audiences to enjoy.  And it’s a real coup because Doncaster is the only Yorkshire date on the tour of the smash-hit comedy musical.  We are also over the moon that the show stars Clara Darcy – everyone loved her performance as the Genie in Aladdin at Christmas and it’s a real treat to have her back on stage at Cast so soon… we can’t wait to see how she plays her retired self!”

Forever Young is at Cast, Doncaster from Tuesday 24th to Saturday 28th February 2015, with performances nightly at 7.30pm and at 2pm on Thursday 26th and Saturday 28th. Tickets for Forever Young are £17 – £14 concessions, with all matinee tickets costing £14. Book via telephone on 01303 303 959 or online at castindoncaster.com.

Samuel Paynehttp://samuelpayne.weebly.com
Reviewer of Theatre in the North, including releases of classic film and television.
Previous article
Just Jim Dale on the West End from May
Next article
Tribe Arts awarded joint commission from WYP and MTN