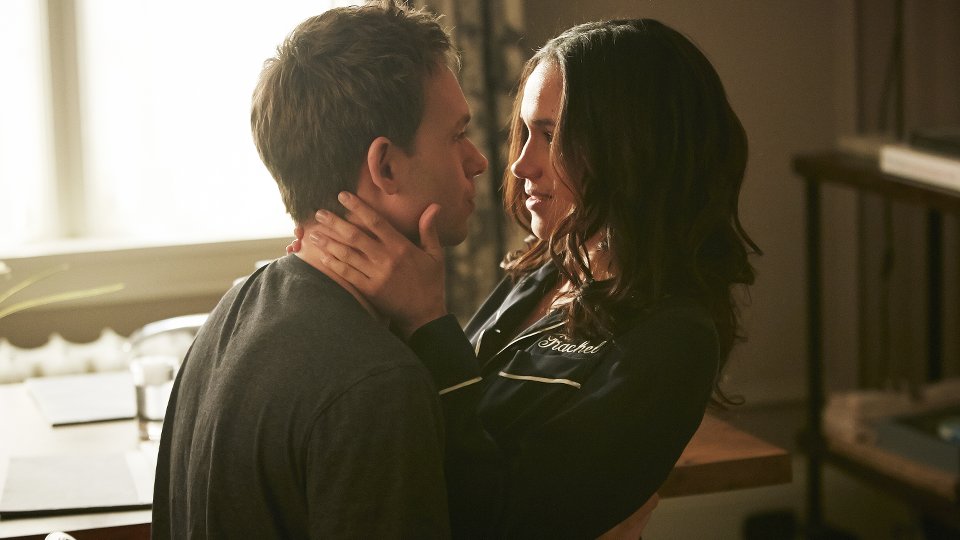 Suits returned for its fourth season in the UK last week and it’s fair to say the dynamic has changed since Mike (Patrick J. Adams) quit working for Harvey (Gabriel Macht).

The two former colleagues are now on opposing sides of the table with interest in the takeover of Gillis Industries run by Walter Gillis (Michael Gross). Mike has a plan to save the company which didn’t go down well with his new boss Jonathan Sidwell (Brandon Firla) who wanted to make as much money from the company as he could.

On the other side of the table is Harvey with his client Logan Sanders (Brendan Hines) who is planning a hostile takeover of Gillis Industries. As the two sides clashed Harvey dropped Sidwell as a client so there was no conflict of interest in the battle. Even worse is that Rachel (Meghan Markle) revealed that Logan was the married man she had an affair with years earlier.

The next episode of the season is Breakfast, Lunch and Dinner. The scrap for Gillis Industries sees Logan tender an offer and clash with Mike.