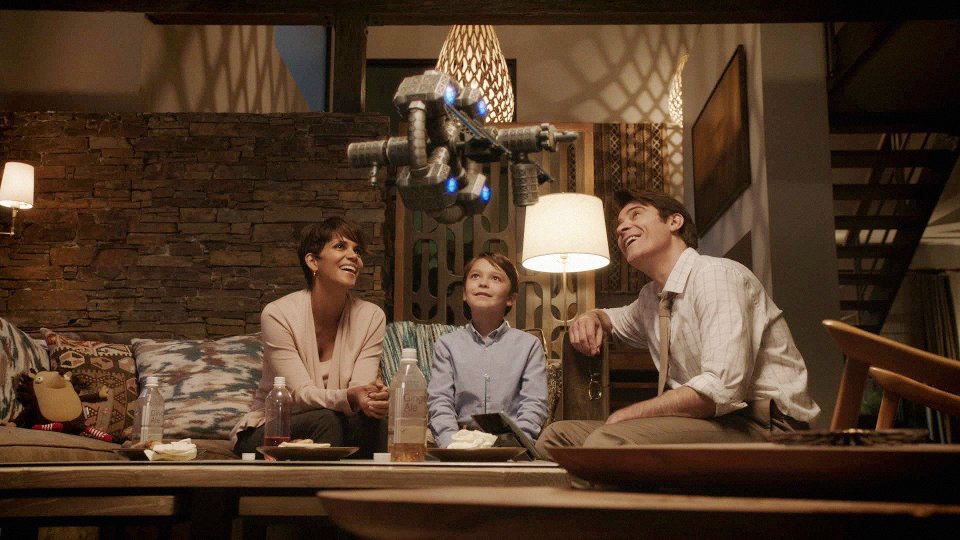 Starring Halle Berry, Steven Spielberg’s Extant has already been renewed for a second season following its success in the US. The show also stars Goran Visnjic (ER) and Camryn Manheim (Ghost Whisperer).

Returning to earth from a 13-month solo space mission, Molly Woods (Halle Berry) is reunited with her husband and “humanic” robot son, Ethan (Pierce Gagnon). However, despite being told by doctors she’s infertile, Molly’s shocked to find out she’s somehow fallen pregnant – despite being completely alone for over a year. Struggling to come to terms with the implications of this news, Molly begins to question her own recollections and digs deep into the guarded mission data.

Expect big themes and even bigger questions to arise as the series progresses. Was she really alone in space? And if not, who – or what – exactly was up there with her?

Extant starts tonight on Syfy at 9pm. Check out the trailer for the series below: