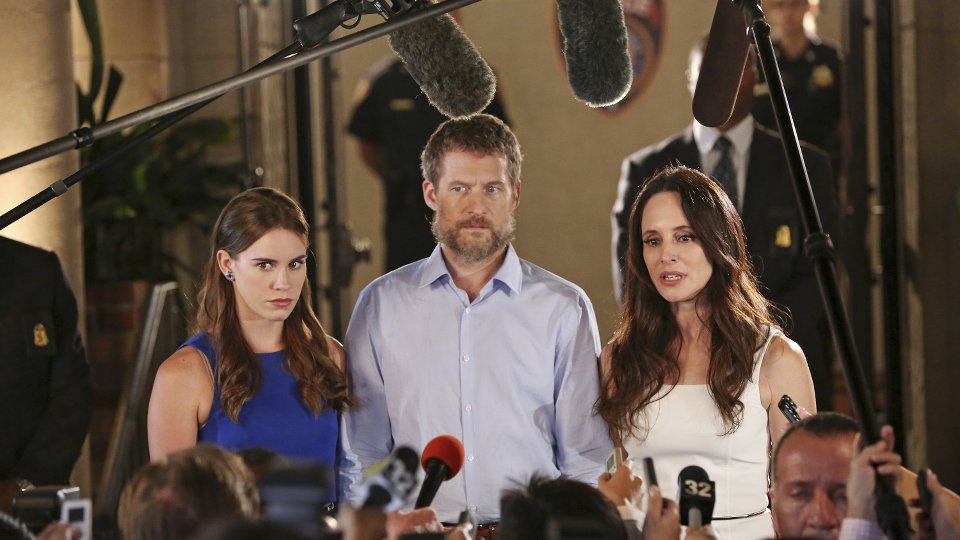 Charlotte’s (Christa B. Allen) plan to kill Emily (Emily VanCamp) didn’t go according to plan when Jack (Nick Wechsler) saved her from the fire at The Stowaway in the latest episode of Revenge.

Following the first Emily lied to the police to cover for Charlotte and Jack decided that he didn’t want to rebuild the bar. Charlotte meanwhile met David (James Tupper) for the first time and is surprised to find Victoria (Madeleine Stowe) manipulating him by not revealing Emily’s true identity.

Elsewhere in the episode David broke into Grayson Manor to attack Emily but left after being chased away by Nolan (Gabriel Mann), Victoria asked Margaux (Karine Vanasse) for a loan, and Louise (Elena Satine) tried to connect with Victoria after being released from the hospital.

The latest episode of the season is Meteor. Emily is shaken to her core by an unexpected revelation as Victoria sinks her claws ever deeper into David. Charlotte wrestles with her old demons once more.

Tune in to E4 at 9pm on Monday to see the episode. Preview it below with our gallery: