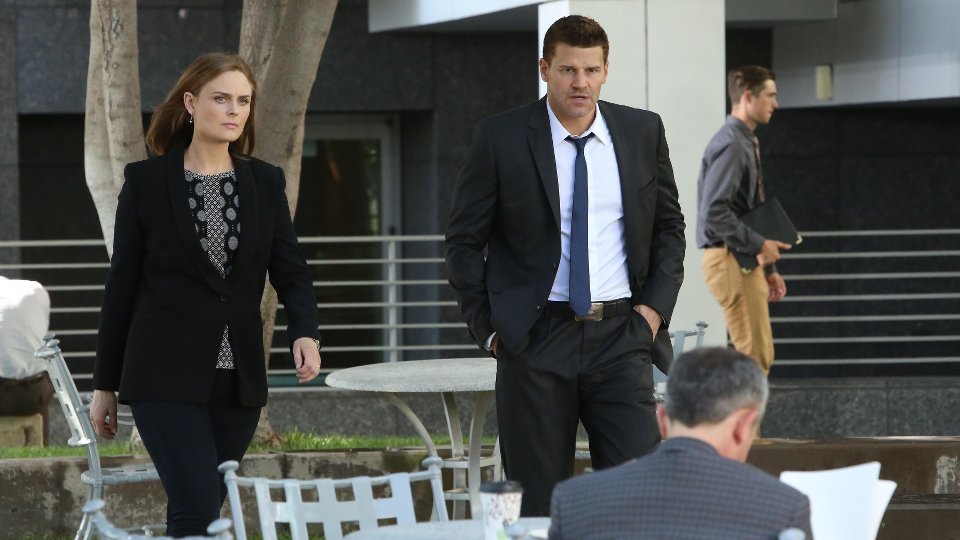 Bones returned to UK screens on Wednesday night and it brought with it a heavy dose of heartache.

Brennan (Emily Deschanel) turned to blackmail to get Booth (David Boreanaz) released from prison after he was framed in an FBI conspiracy. Along with the squints, Brennan worked on a case that was linked to the conspiracy as they tried to find out who framed Booth and why.

In the midst of it all Sweets (John Francis Daley) was murdered and the team still had no idea who was behind the conspiracy. The episode also introduced Booth’s new junior agent James Aubrey (John Boyd).

The next episode of the season is The Lance to the Heart. While coping with their grief, Brennan, Booth and the team uncover an old conspiracy that reaches the top levels of government.