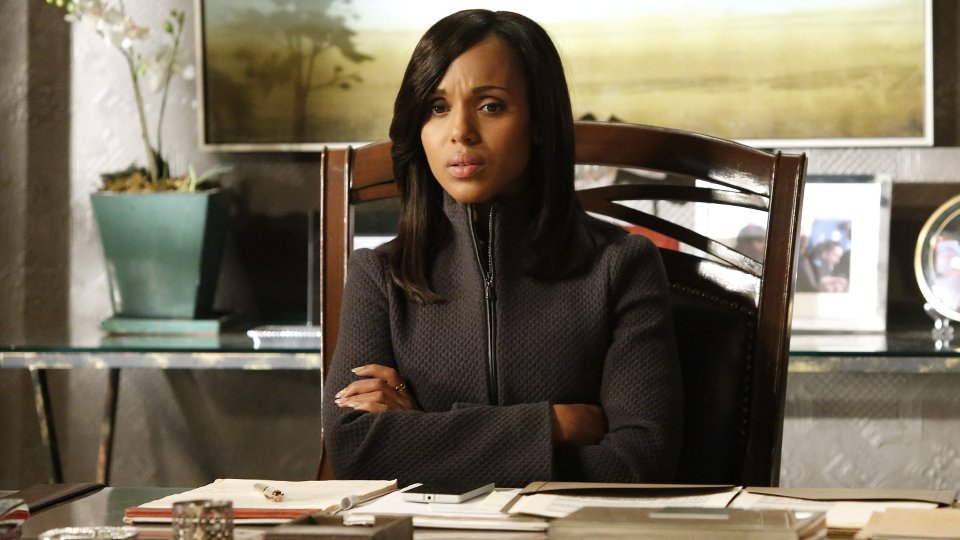 Olivia Pope (Kerry Washington) has only been back in Washington, DC for 2 minutes and she’s already embroiled in blackmail and politics.

In the latest episode of Scandal Cyrus (Jeff Perry) blackmailed Olivia into helping him ensure a couple considered military heroes attended Fitz’s (Tony Goldwyn) State of the Union speech about gun control. After the couple missed their plane, Olivia investigated and discovered that the once loved up couple now hated each others guts.

Elsewhere Fitz and Cyrus had to deal with the press speculation over Mellie’s (Bellamy Young) state of mind and Liz (Portia de Rossi) hired a man to flirt with Cyrus so she could keep track of his activity.

The next episode of the season is Inside The Bubble. Olivia helps an old friend, while Mellie becomes obsessed with a national news story.