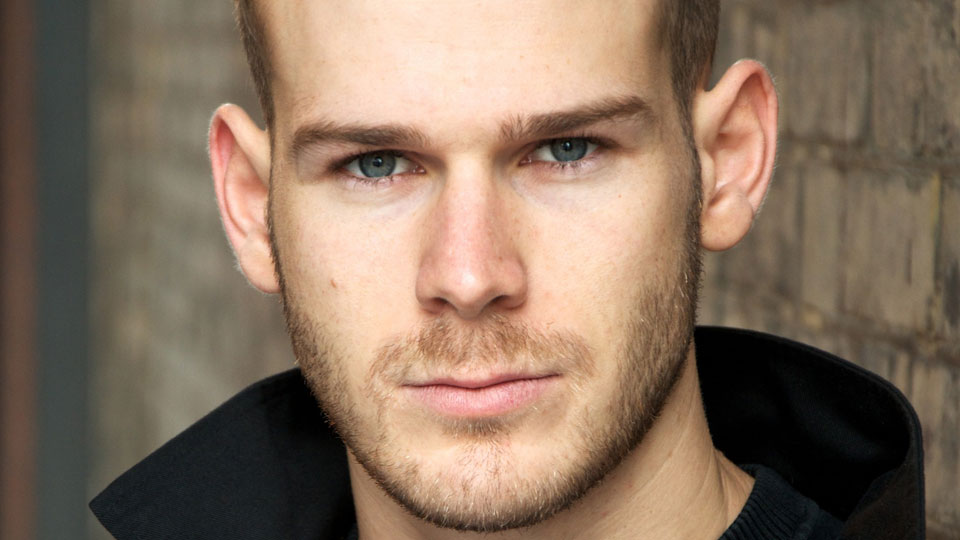 Rob Compton is an exciting young actor who made his West End debut under the direction of Trevor Nunn. He’s currently playing the title role in Bat Boy: The Musical, the off-Broadway smash hit musical, which has arrived in the UK at the Southwark Playhouse.

Bat Boy: The Musical  tells the story of the reaction of a town in the deep south of America to its new inhabitant, who happens to be half-bat/half-human.

We recently caught up with Rob to learn a bit more about Bat Boy: The Musical. We found out how he’s preparing for such a physical role; what the play says about society, and what audiences can expect from the monster musical.

What can you tell us about the story behind Bat Boy?

Bat Boy is a beast of a show. It’s an off the wall, epic adventure but with very simple messages. Without giving too much away it’s set in the deep south of America in the present day, in an isolated community. Some intoxicated teenagers go exploring into a nearby cave and capture a creature. They bring him to the Sheriff and he decides the local Vet is the best person to deal with him. From then on Bat Boy’s journey into society begins and he runs into all sorts of problems.

The show sounds a lot of fun, but does it also make a serious point about society’s treatment of outsiders?

The piece confronts lots of questions about humanity but mainly society and prejudice. It addresses the way society influences people on how to look, think, live and most importantly blame others. We are all born into society and grow up being told what is right and wrong and it’s only when you get older that you start to question the world. Bat Boy is taught that the only way he will be accepted is if he manages to integrate himself into society. The small, uneducated community judge him on his appearance and blame him for all of their problems no matter how absurd. This situation is extremely relevant in today’s society and especially in today’s political climate.

We hear you’d played the part previously whilst training. Did you relish the chance to reprise the role of Bat Boy?

I’ve never played the part before but I saw it when it was on in town ten years ago and I said to myself then that I would love to play Bat Boy one day. It is such a mammoth role that involves all of the disciplines so I couldn’t resist the opportunity.

Have you had to bite anyone or drink any blood to get into character? If not, how are you preparing for the role?

I haven’t assaulted anyone… yet! Although I have used the rehearsal room as a bit of a Bat playground, climbing, moving and making weird sounds to find his physicality whilst probably giving the rest of the cast a headache. I have watched numerous documentaries on bats and also based a lot of the characteristics on my pet cat and praying mantis.

We can see from your Twitter feed that you’re a football enthusiast. Are you a sporty person yourself and is that useful for a physical part?

I used to play Rugby when I was younger and I now play the odd 5-aside game but my mates would say I am best in defence. If you want me to do triple pirouettes I’m not your man but I love to move and play physical parts. I find creating a character sometimes from the feet upwards very useful as once I know how the character would move I can combine it with a thought process. Bat Boy’s journey is massive and has to be portrayed initially through his physicality so it was the first thing I approached.

What do you think director Luke Fredericks is trying to achieve with the show?

Luke’s vision is very exciting and innovative. He has approached it in a completely different way to how it’s been done before both visually and stylistically. Because the story is ‘out there’ at first glance, the characters and relationships have to be truthful in order for the piece to work and I think Luke’s guidance has done that.

Southwark Playhouse is a great venue for watching musicals. Is it as rewarding to rehearse/perform there?

I had never seen anything at Southwark before but the hype and vibe around the building is brilliant. The fact it is producing more interest than some big budget commercial theatre is very exciting and a massive step in the right direction for the industry in this country.

What style is the music, and will it be performed live?

It isn’t your typical musical, it has a mix of musical theatre and at times Sondheim-esque writing with a underlying rock influence. We have a cracking 5-piece band lead by Mark Crossland that creates a powerful atmosphere. They Rock!

You’ve worked with Trevor Nunn on Ayckbourn’s A Chorus of Disapproval. What was that experience like?

Making my West End debut playing a great part in an Ayckbourn play, directed by Trevor Nunn was a massive achievement. Working with the legend that is Sir Trevor was an absolute honour. I also had a good run at playing ‘Guy’ opposite Rob Brydon and Ashley Jensen. Having come from musical theatre training and then going on to play parts in Ayckbourn, Brecht, Dickens and Shakespeare, I feel it has majorly influenced the way I work.

Do you have anything lined up after Bat Boy or ambitions for 2015?

There are a few things in the pipeline and I am looking forward to continuing the diverse path I have been on so far. I couldn’t have asked for a better way to start 2015 with a top class company and a fantastic role.