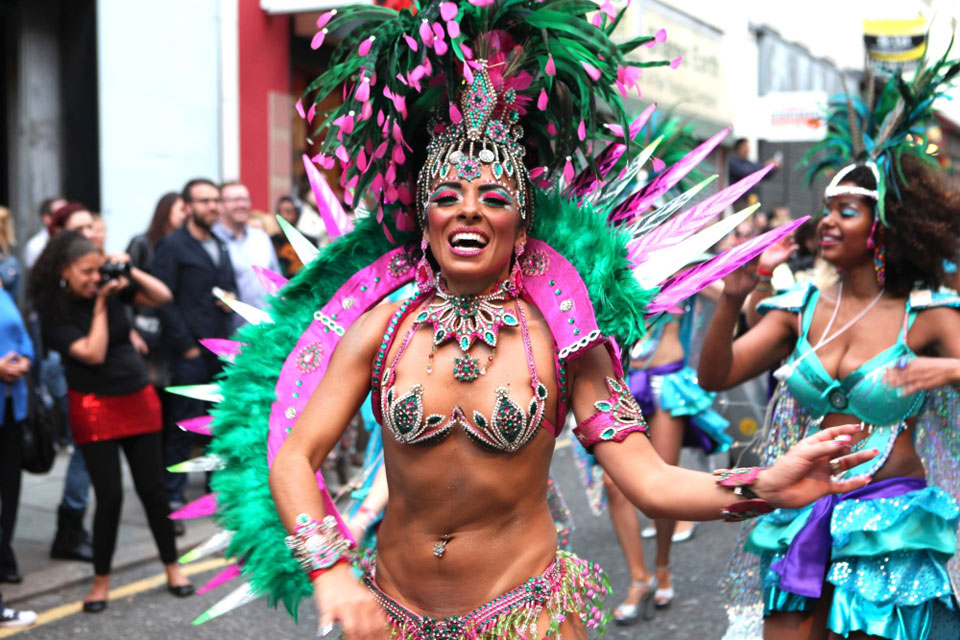 The increasingly popular annual Brazilica Festival returns for 2015 with the dates confirmed as Friday 17th July to Sunday 19th July.

Organisers Liverpool Carnival Company is delighted to announce that the festival will once again cover the city in colour for the eighth consecutive year.

Last year’s festival included a packed programme of events leading up to the main Carnival Day on the Saturday – and this year promises to be just as colourful with an abundance of sights, sounds and tastes of Brazil.

Organisers are keen not to give away too many surprises so soon, but have revealed that the 2015 festival will include a two-week film festival and fringe events packed with great music and exciting activities in venues across the city.

This year also marks the 20th birthday of Liverpool Samba School, so you can be sure that the group will also feature prominently in this year’s proceedings.

The spectacular Carnival Parade which features Samba bands from across the UK and overseas will also remain as the main festival highlight.

Maeve Morris of Liverpool Carnival Company said: “Last year’s event proved a massive success so we are working tirelessly to improve and build on the successful event which people have grown to love over the last seven years. The costumes, music and overall atmosphere are key factors for the essence of the event – all of which we can guarantee festivalgoers in 2015 with a more compact three day event.”

Further announcements will be made when entertainment and activities are confirmed.

To get involved in Brazilica Festival 2015 as a media partner, sponsor, volunteer or sales concession please visit www.brazilicafestival.com. For all the latest, follow on Twitter @BrazilicaFest.

Advertisement. Scroll to continue reading.
In this article:Brazilica Festival, Liverpool