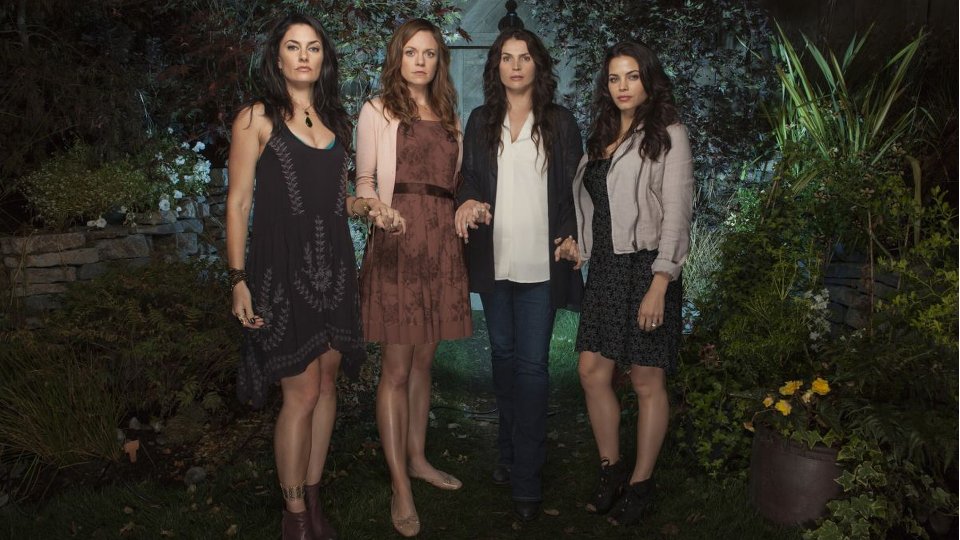 Joanna Beauchamp (Julia Ormond) is an ageless witch trying to protect her daughters Ingrid (Rachel Boston) and Freya (Jenna Dewan Tatum) from finding out that they have supernatural powers. The arrival of Joanna’s estranged sister Wendy (Madchen Amick) threatens to out the family secret after she warns that an evil entity is out to destroy them all.

Witches of East End is one of those shows that seems to have come out of nowhere. Based on the book of the same name by Melissa de la Cruz, the show is a supernatural drama that has understandably drawn comparisons to the long-running cult series Charmed. Witches of East End may not be based on a particularly original idea but it’s a show that quickly finds its feet and delivers a hugely enjoyable story. The show is darker than Charmed and definitely a lot sexier.

It’s pretty obvious from the outset that Freya and Ingrid have to discover that they are witches. Freya is on the verge of marrying her boyfriend Dash (Eric Winter) but struggles with her attraction to his mysterious brother Killian (Daniel Di Tomasso) whilst Ingrid works in the local library and has a pretty disastrous love life. The way the reveal plays out is satisfactory and some of the best parts of the first season are watching the sisters getting to grips with their new found powers.

Aside from Julia Ormond’s dodgy American accent, the cast of Witches of East End is very strong. Jenna Dewan Tatum and Rachel Boston give breakout performances as Freya and Ingrid and it’s a real pleasure to see the fantastic Madchen Amick back on our screens as Joanna’s feisty sister Wendy. Ormond holds the cast together but she does get overshadowed by her co-stars as the season progresses.

Eric Winter and Daniel Di Tomasso provide sufficient guy candy as Dash and Killian, the love interests for Freya and they are believable as warring brothers. The both form great chemistry with Dewan Tatum too and you’ll be torn between which one you want her to end up with. Virginia Madsen impresses as Penelope Gardiner, the mother of Dash and Killian, who may not be quite as lovely and delightful as she first appears.

Special features on the release include a gag reel, bloopers, deleted scenes and a featurette.

Witches of East End is most definitely a guilty pleasure and one of our favourite shows. With a stellar cast and strong storylines, the show quickly finds its feet and is completely addictive. If you have a gap missing in your life for a good supernatural drama then we strongly suggest you check out Witches of East End.

The Good Doctor 1×14 She preview

10 things we want from Riverdale season 2