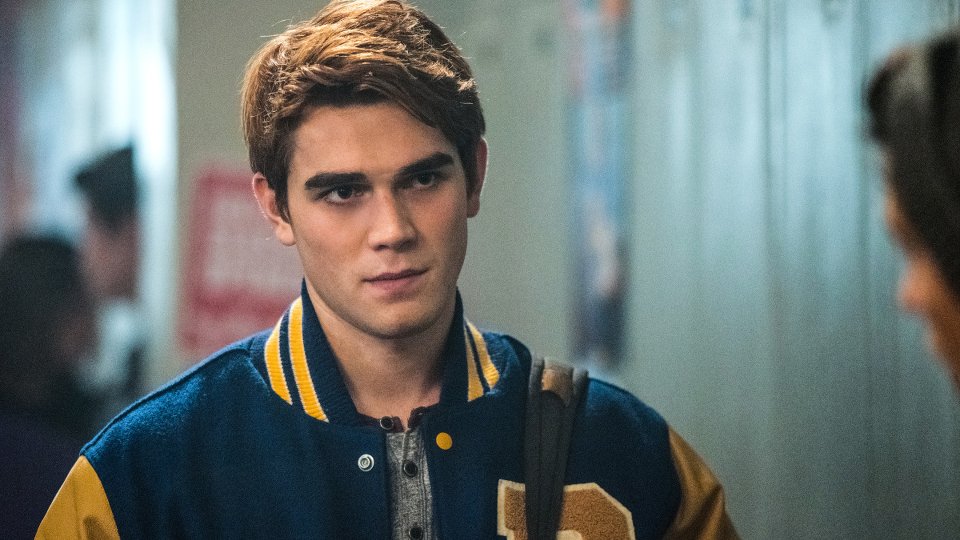 It’s been a couple of months since Riverdale ended its first season and I can’t stop thinking about what the next season will bring.

If you haven’t seen the first season of Riverdale and want to avoid spoilers, we suggest you stop reading now. If you have seen it and want to hear our thoughts on the next season, keep reading.

As Riverdale concluded its first season, Clifford Blossom (Barclay Hope) was revealed to have committed the murder of his son Jason (Trevor Stines), forced F.P. (Skeet Ulrich) to take the fall for it and was outed as the head of a drug business. When the police went to arrest him, they found him dead in an apparent suicide. The shocking turn of events led Cheryl (Madelaine Petsch) to attempt to take her own life before burning down the mansion her family lived in.

Meanwhile the secrets kept on coming out in the Cooper family as Alice (Mädchen Amick) revealed that Hal (Lochlyn Munro) forced her to give up their son when she fell pregnant during high school meaning that Betty (Lili Reinhart) and Polly (Tiera Skovbye) have a brother out there somewhere.

Elsewhere Fred (Luke Perry) was shot at Pop’s Chok’lit Shoppe as Archie (K.J. Apa) watched on helplessly and Jughead (Cole Sprouse) was placed in the care of a foster family and transferred to Southside High after seemingly starting to embrace his Serpent roots.

With months to go before Riverdale returns to our screens, I’ve put together the Top 10 things I want to see from the show…

1. Fred to survive. I can’t actually imagine Riverdale without Fred Andrews. He’s the moral compass of the show and one of the main adult actors in the cast. I would expect there will be plenty of fallout from the shooting but I hope that rather than kill Fred off, he has to learn to live with the horrific incident and the consequences of it.

2. Archie to go through a transformation. This is pretty likely given that he just witnessed his father get shot and shouldered the weight of the season’s mystery. Archie was perhaps the nicest and least complicated character in season 1 but I expect that to change in season 2.

3. Betty and Polly’s brother to show up. It has to happen right? There’s no way Alice dropped that bomb in the season finale for it to go nowhere. Who could that brother be? Have we met him already? I want this to pack a surprising twist and leave me with my jaw on the floor.

4. Jughead to explore who he is. It looks likely that Jughead is going to be a little more removed from his friends now he’s attending another school. This is a chance for Jughead to embrace the roots he’s so desperately tried to distance himself from and understand where he comes from. The look Betty gave him when she saw him trying on his jacket suggested their relationship should take some interesting turns too.

5. Cheryl to remain prickly. Just because the group saved her from drowning, doesn’t mean that Cheryl is going to be nice next season (we hope). Her style of barbed pleasantry is fantastic to watch and I wouldn’t be surprised if she had more secrets up her sleeve. As an aside, does anyone really think that Clifford’s death isn’t more suspicious than we were led to believe?

6. Hiram Lodge (Marc Consuelos) to cause plenty of trouble. It was hinted all season that Veronica’s (Camila Mendes) father and Hermione’s (Marisol Nichols) husband was going to arrive in Riverdale and now it’s been confirmed he will. I can’t wait to see Hiram find out about Hermione and Fred’s fling and it will be interesting to see how he reconnects with a daughter who has become disillusioned about who her father is.

7. Betty to continue building herself as a strong independent woman. There’s no denying that Betty has issues like the whole nails in the palm thing, but she came a long way during season 1. She got over her Archie infatuation (I think), stepped out from under the shadow of her mother and sister, and found a real purpose among her friends. I want to see Betty kicking ass and taking names next season because I’m pretty sure she’s a badass underneath that seemingly perfect exterior.

8. Josie (Ashleigh Murray) to get a storyline. She was a regular character but was pretty much in the background the whole season. Let Josie into the inner circle and give her something to do other than perform. I enjoy her musical moments but it feels like the character could be contributing a lot more.

9. Joaquin (Rob Raco) to return. I really liked the character of Joaquin and thought he was a great pairing with Kevin. Last we saw him, Joaquin was heading out of town after helping solve Jason Blossom’s murder. There’s a lot unfinished between Joaquin and Kevin, and I’d like it to be explored more. Also Joaquin would likely face repercussions for his actions so that could prove interesting too.

10. Plenty more gratuitous shirtless shots of Archie. If there’s something that stands out above all else in season 1, it’s the amount of times Riverdale treated us to hot, sweaty, shirtless shots of Archie. Whether he was in bed pondering his personal life or in the changing rooms, there were plenty of rippling muscles for us to enjoy. This behind-the-scenes picture posted by K.J. Apa looks promising…

First ep of riverdale season 2 is wrapped up. directed by the legend @robseidenglanz who is an epic director, but more importantly, an epic human being. One of the narliest weeks of shooting I’ve done in a wee while, can’t wait for you guys to see what we’re doing with Season2!! 1 in the bank!! 21 left to go. #deehaa haha u know what’s up when u get into your trailer in the morning and the only wardrobe you have is a pair of skin* coloured jocks.

Riverdale returns to The CW in the US and Netflix in the UK later this year.