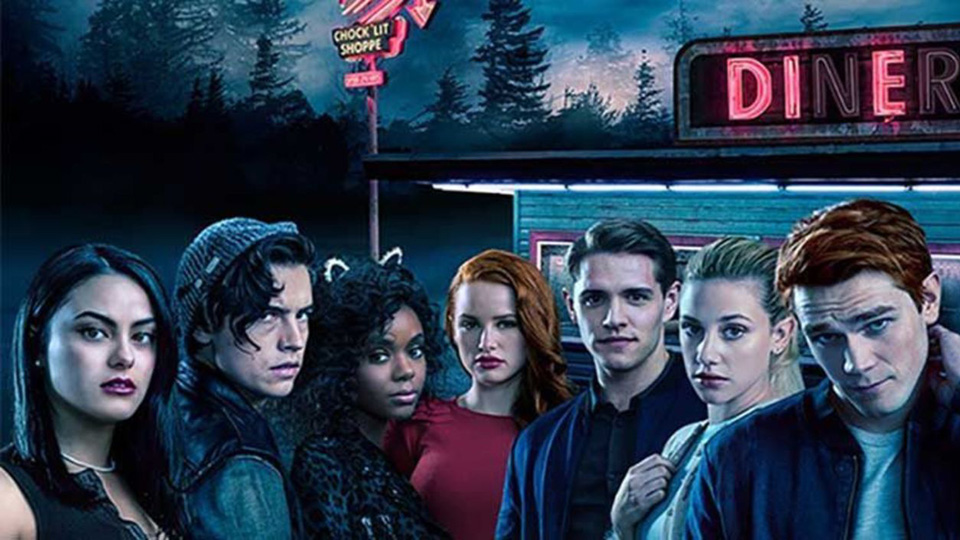 During its second season Riverdale became must-watch TV but that’s not to say the latest outing hit a home run.

If you haven’t seen the season two finale of Riverdale and you want to avoid spoilers, we suggest you stop reading now. If you have seen it and want to hear our thoughts, keep reading.

With season one having established the characters and the Riverdale world, the show’s second season went a lot darker as Archie (K.J. Apa) and his friends tried to find out who the Black Hood was, a killer targeting people he believed to have committed sins. While the storyline was riveting, the conclusion to the plot was a bit of a mess with a red herring reveal mid-season then a wholly unsatisfactory eventual reveal that saw Hal (Lochlyn Munro) confessing that he was the Black Hood.

While that was a stretch, the show then unmasked Tall Boy (Scott McNeil) as a copycat Black Hood hired by Hiram Lodge (Mark Consuelos). It was a big disappointment, especially as Tall Boy’s reveal took place off screen and he’s now, allegedly, dead. With the plot having run all season and the red herring of janitor Joseph Svenson (Cameron McDonald) at the mid-season point, it was a big old mess.

Part of Riverdale’s season two issues came from the show extending from 13 to 22 episodes. It simply didn’t have the writing to sustain over such a long episode count and had it been shorter, it would likely have fared better. The Black Hood mess aside there was a lot to enjoy. Jughead (Cole Sprouse) getting more involved with the Serpents was a lot of fun as was Archie’s uneasy partnership with Hiram. Veronica (Camila Mendes) becoming part of her parents’ shady dealings, then turning against her father was a strong plot line too.

Betty (Lili Reinhart) explored her dark side although we could have done without Chic (Hart Denton) posing as her long-lost brother. Cheryl (Madelaine Petsch) stood up against her mother, embraced her sexuality and stood on her own two feet, and she quickly became my favourite character.

By the season’s end Hiram had Archie wrongfully arrested for murder, shortly after Archie had been named student body president, Veronica bought the Whyte Worm and traded it with her father for Pop’s, Jughead became king of the Serpents after F.P. (Skeet Ulrich) stepped down, Cheryl joined the Serpents and Hermione (Marisol Nichols) won the mayoral election.

With plenty going on, keep reading to find out what I want to see from the next season of Riverdale…

1. More cohesive storytelling. At times during the second season it really felt like the writers were just making it up as they went along. There were a lot of character inconsistencies and too many red herrings. At several points in the season I rolled my eyes and muttered loudly, ‘I’m sure this won’t be the actual reveal’ and that’s quite frankly never a good thing.

2. Veronica and Hermione to join forces to take Hiram down. It’s fair to say Veronica has already set those wheels in motion but what the hell happened to Hermione? She was a strong female in season one but season two saw her pretty much controlled by Hiram, even allowing him to plan to leak her affair with Fred (Luke Perry). The Lodge women are strong and feisty, and if they work together they can overthrow Hiram once and for all.

3. Kevin (Casey Cott) and Josie (Ashleigh Murray) to get some actual storylines. Seriously, why are the characters in the show if they never get anything to do? Kevin feels purely defined by his sexuality (e.g. catfishing Chic, getting it on with Moose again) and Josie never really does anything. Cott and Murray are great actors and deserve much better treatment than they’re getting.

4. Much more Cheryl. She’s a Serpent now and she’s got a kick-ass Serpent girlfriend in the shape of Toni (Vanessa Morgan). Everyone knows that Cheryl is the best character in the show. Whether it’s forcing her way into the Carrie musical or doing her best Red Riding Hood impression, I’m always interested in Cheryl. She’s layered, gets all the best lines and the performance by Petsch is fantastic.

5. Betty’s actual brother to be found. It was alleged during season 2 that Chic murdered him but as this is Riverdale, I don’t believe a word of it. I’d be very happy never to see Chic again but I would be very interested to meet the real Charles Smith.

6. Less friction between the core four. Archie, Veronica, Betty and Jughead fell out and made up more times than I can count during season two. Of course friction is a part of every show but the way they fell in and out of friendships often felt repetitive and rushed. Let’s see them unite and properly work as a unit during season 3.

7. F.P. and Alice (Madchen Amick) to resume their relationship. They went there during season two, albeit it briefly, but with Hal out of the way and Betty about to become Serpent Queen, it’s time they really got it on. I like the pairing and it’s nice to see Alice when she drops her Stepford Wife routine and shows us the real her.

8. Archie to grow up a bit. He acted like a petulant child for a lot of season two thinking he was the tough guy and betraying his own father to get close to Hiram. In my eyes he’s got some serious making up to do and he needs to remember that his family should come first.

9. Sheriff Keller (Martin Cummins) to be reinstated. I am not a fan of the new Sheriff and honestly I missed DILF Sheriff Keller on my screen. He kind of floated around in the second half of the season but he didn’t get nearly enough to do. Justice for Sheriff Keller!

10. New characters. The addition of the Serpents during season two brought some great new characters and I hope season three brings us some more to add to the mix. How about Kevin getting an actual proper boyfriend or a new kid arriving at Riverdale that can cause some problems for the group?

Riverdale returns to The CW in the US and Netflix in the UK later this year.