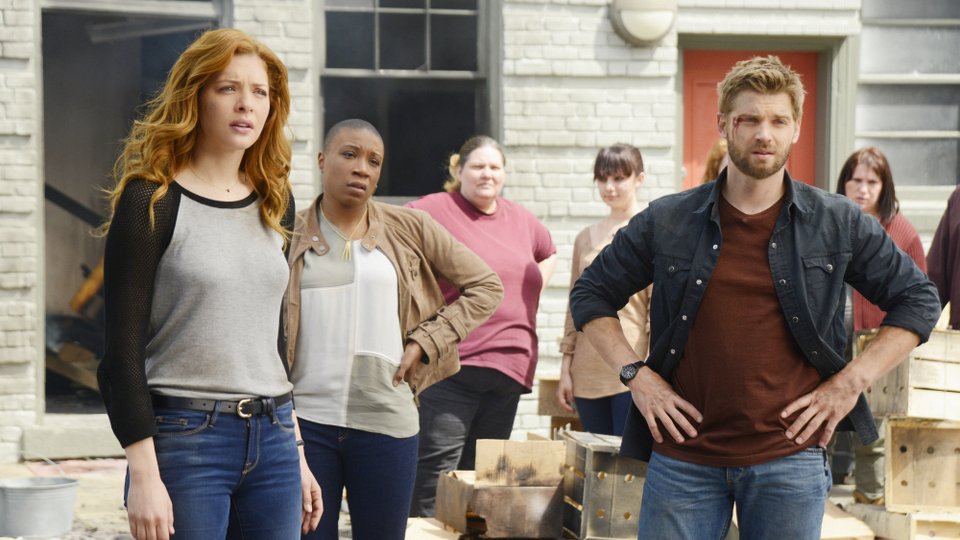 Big Jim (Dean Norris) and sketchy teacher Rebecca (Karla Crome) got caught red-handed after trying to spread an animal flu in the town to cull the population.

The latest episode saw Julia (Rachelle Lefevre) team up with Sam (Eddie Cahill) to stop Rebecca and Big Jim. Whilst Julia was busy doing that she didn’t see that her new-found partner in crime is dodgier than anyone else in town and is hiding some seriously suspicious scratch marks.

Elsewhere Barbie (Mike Vogel) helped Melanie (Grace Victoria Cox) find out more about who she was and it turns out she may have been murdered and could really be from 1988! Junior (Alexander Koch) teamed up with Lyle (Dwight Yoakam) to find out more about his mother who is still alive and was left unconcious after the barmy barber knocked him out and stole his mother’s diary.

The next episode of the season is Reconciliation. A faction remains loyal to Big Jim as Julia takes over as town leader, and her new status is questioned when a bomb goes off in the food store.