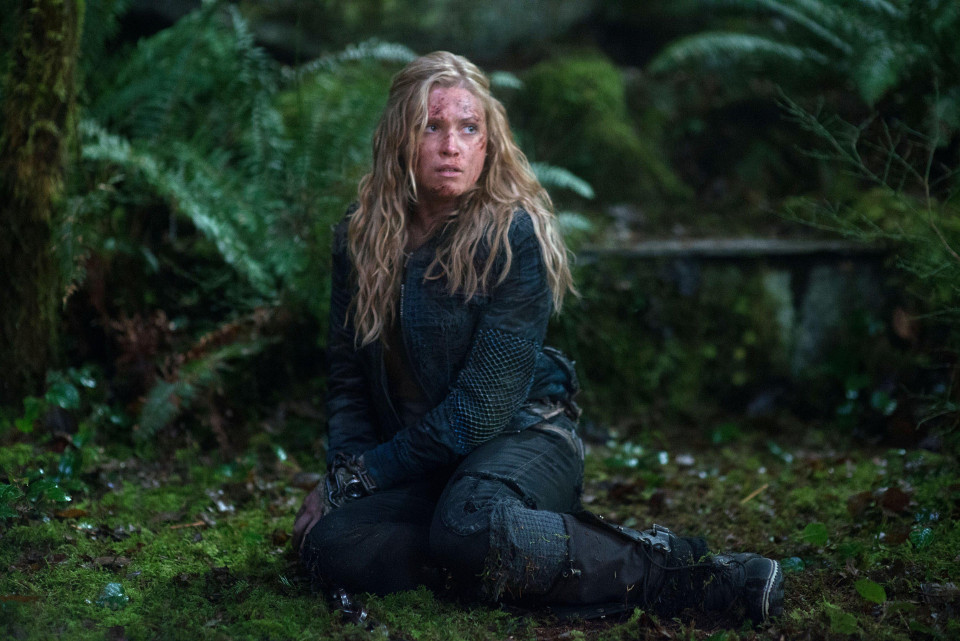 The 100 only has 2 episodes left and in the latest episode Finn (Thomas McDonnell) was sent to be killed by the Grounders whilst Clarke (Eliza Taylor) almost managed to escape.

Following an accident in camp that saw all of their food supplies destroyed, Finn and Clarke embarked on a mission to hunt for more food. Unfortunately they were kidnapped by the Grounders and told to help them save a young girl hurt in the bridge bomb. Clarke was warned that if she didn’t save the girl Finn would die.

When the girl died, Finn was hauled off and Clarke murdered a Grounder to make her escape. As she fled she got caught up in a trap and was left suspended in the air in the woods.

Elsewhere in the episode Raven (Lindsey Morgan) tried to get over her split from Finn by sleeping with Bellamy (Bob Morley) and the Ark reeled from the explosion that took place during Unity day.

The penultimate episode of the season is We Are Grounders part 1. Clarke and Finn face a new enemy, Murphy (Richard Harmon) seeks his revenge, and those remaining on board the Ark try to come to terms with the inevitable.