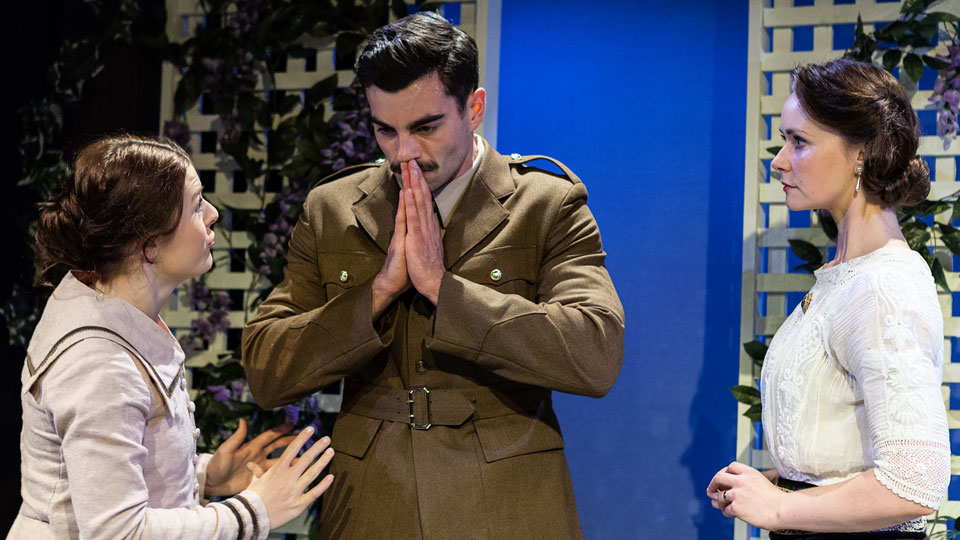 Rebecca West’s debut novel The Return of the Soldier made waves when released in 1918 and has since been studied as one of the few novels to examine the fall-out of the First World War through the eyes of women.

The narrative revolves around three very different women, all affected by the homecoming of a shell-shocked soldier who can’t remember the last ten years of his life, including his wife of seven years. Instead, Captain Christopher Baldry is fixated on his first love who is now in a marriage of convenience. The story is told through the eyes of Baldry’s wife; his former flame; and young cousin.

Zoe Rainey is sensational as the Captain’s wife. Even though she is bitter and icy cool, we still feel a sense of sympathy at her frustration and loss of a man who once loved her. Rainey has the lion’s share of the show’s best lines and delivers them with just the right amount of acidity and entitlement.

Rainey is well-matched by Laura Pitt-Pulford, in especially fine voice as Baldry’s past love. The talented actress emotes her character’s struggle with aplomb – we share in the guilt she feels for her meek husband and the lust she has for her first love.

Charlie Langham shows maturity and promise in her first professional role. Stewart Clarke brings an intensity and seriously powerful voice to the role of the titular soldier while Michael Mattius displays diversity in his two distinctive characters.

Vocally, the entire cast is nothing less than stellar. The score is challenging, with unusual melodies, atonal arrangements and intricate harmonies. There are some powerful, sweeping songs to enjoy, with lyrics that move the narrative along and flesh out characters. However, the score is quite similar throughout, making it hard for songs to truly stand out from one another.

This simply, but effectively, staged musical is an accomplished piece but not without flaws. The pace feels too slow. The build-up to the reveal often drags. The show comes alive most during scenes between the Captain’s wife and his former love, but these are too few and far between.

This classy adaptation is mostly a success – those looking for a thoughtful, fantastically-performed new piece of theatre could do far, far worse.