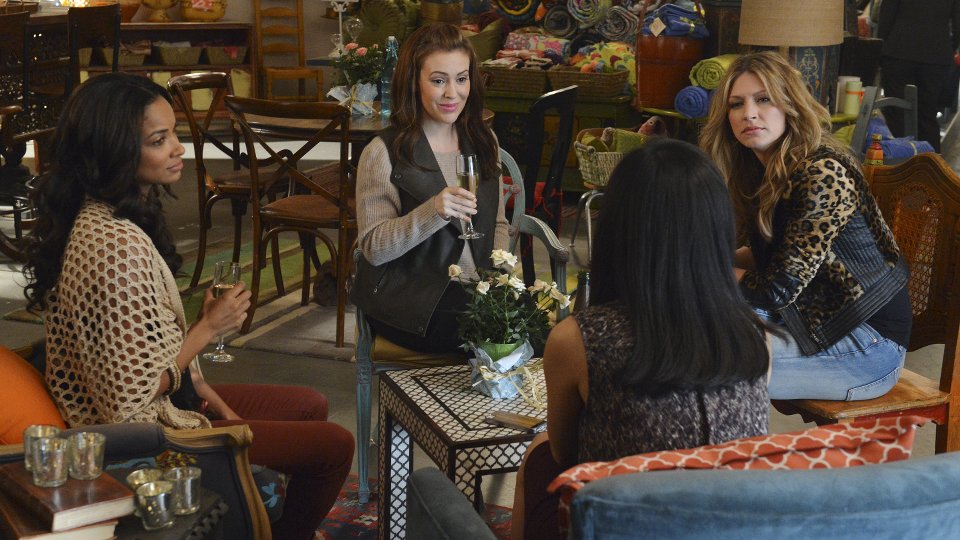 Mistresses returns to TLC tonight as it kicks off its 13-episode second season.

The last time we saw Savi (Alyssa Milano), Karen (Yunjin Kim), Joss (Jes Macallan) and April (Rochelle Aytes) things were falling apart around them. Savi’s life and the life of her unborn baby hung in the balance following her road accident and Karen was being held hostage by Elizabeth Grey (Penelope Ann Miller) with gun shots fired and blood shed.

Eight months after having cheated death, Savi makes the most of her second chance. Karen struggles to rebound from personal and professional loss. April’s life gets interesting when old friend, Mickey (Joseph May), returns and pushes her to make some changes and Joss tries her hand at a new job, as party planner to wealthy Angelenos.

Tune in to TLC tonight at 10pm to see the season 2 premiere. Preview the episode with our gallery below: