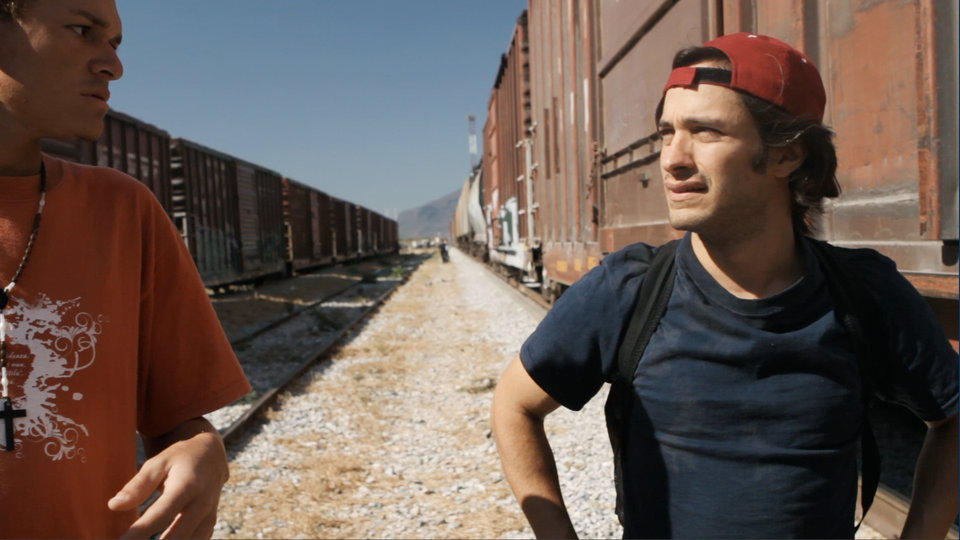 Deep in the sun-blistered Sonora desert beneath a cicada tree, Arizona border Police discover a decomposing male body. As they lift his shirt, a tattoo is exposed that reads “Dayani Cristal”. Who is this person? What brought him here? How did he die? And who – or what – is Dayani Cristal?

Documentary maker Marc Silver set about the task of following the staff of Pima County morgue in Arizona to uncover the mysteries surrounding this bizarre find of a man’s body. Silver also speaks to those caught up in the deadly game of trying to cross the U.S./Mexico border illegally. Yet this isn’t a straight up documentary, as Mexican actor and activist Gael Garcia Bernal recreates the footsteps of the man’s travels across the migrant trail in Central America. Here he tries to understand why they do it and what dangers they face, but also what rewards they aspire to when safely across the border.

Bernal’s side of the story feels much more like a Hollywood movie that could easily have been a film on its own accord. But credit to Gael as he gets to understand the man and what he wanted in life. At times it’s fascinating yet at others it sucks the life away from the tension that has been created before it. In the hands of another actor this back-story could have fell flat throughout, but Bernal is dynamic and evolves with the character. This side story slips in and out of the direct doc allowing us small chucks of information occasionally as we try to put together, in our own mind at least, what this story could have been about.

Who Is Dayani Cristal is much more at home with the direct documentary angle as it feeds into the direct emotion we hold towards immigration. Showing how they deal with these illegals is tough but utterly compelling (whether you feel it is right or wrong). Once the search-story kicks into gear it feels as if we are watching a police documentary that unravels piece at a time. Juicy titbits are gleamed from information to open up more of this bizarre story. We felt directly involved in the mystery storyline, as if there with Marc Silver as he interviewed those people and when more information is discovered. All of it builds and builds to a finale that is as humanly heartbreaking as can be. A life connected by points no one knew about until a deeper understanding of the person’s life was uncovered.

This mix of documentary and fiction combines an allegory story that shows the lengths some humans will go to for a better life. Silver doesn’t offer an answer, only a story that happens every single day and is overlooked by most. It’s an unsettling documentary/film that speaks to the heart and the head about how, once passed, we might be remembered.

In this article:Gael Garcia Bernal, Who is Dayani Cristal?