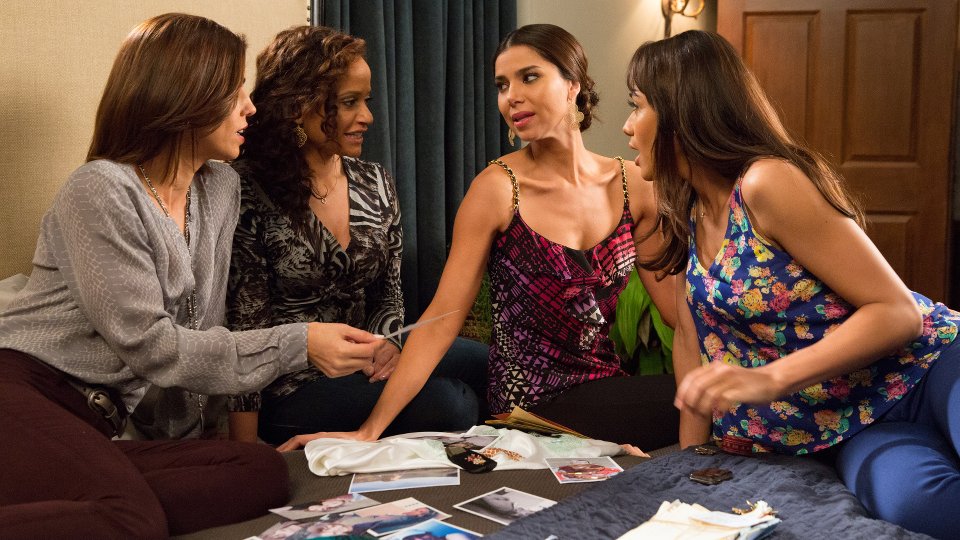 Devious Maids is piling on the drama the twists this season isn’t it?

At the end of last week’s episode Spence’s (Grant Show) nephew Ty (Gideon Glick) was seen receiving a few nasty threats from Opal’s (Joanna Adler) son Ethan (Colin Woodell) over the accidental fatal shooting of Alejandro (Matt Cedeno). The guilt-ridden teenager was told by his friend that he would be framed for Alejandro’s murder if he told anyone what happened. Eek!

Elsewhere in the episode Marisol (Ana Ortiz) saw Nicholas’ (Mark Deklin) jealous side when her editor Kim (Richard Ruccolo) got a bit too familiar, Valentina (Edy Ganem) was surprised by Remi’s (Drew Van Acker) sudden return which caused problems with her new boyfriend Ethan, and Rosie (Dania Ramirez) clashed with Lucinda (Kimberly Hebert Gregory) over how to discipline her son.

We also saw a power struggle developing between Evelyn (Rebecca Wisocky) and Tony (Dominic Adams) but the clever housewife showed him she wasn’t to be messed with.

Tonight’s episode is called Private Lives. Rosie tries to help Lucinda but it leads to further strife in the Miller family. Meanwhile, Marisol discovers more secrets about Opal, and Zoila goes on a date.

Tune in to TLC at 10pm tonight to see the episode. Preview it with our gallery below: