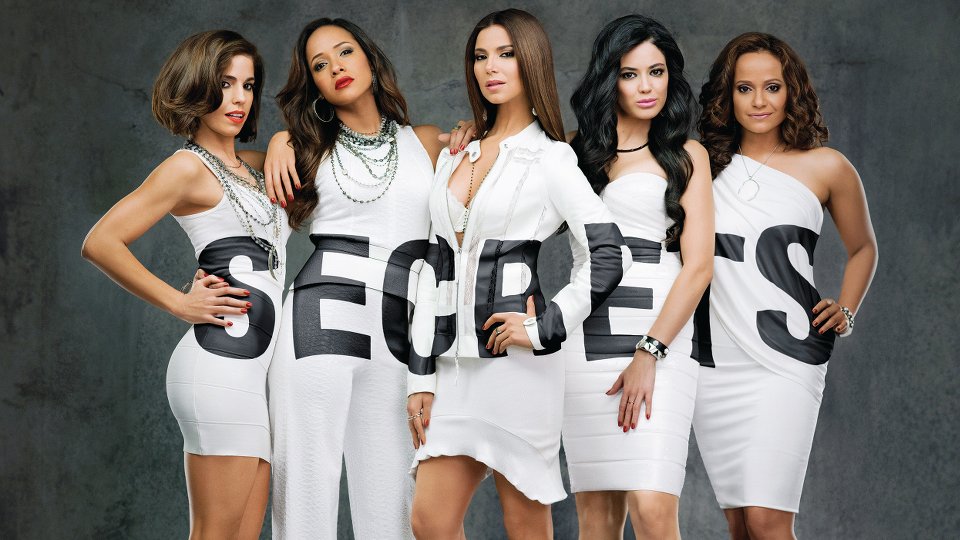 Devious Maids is five weeks into its second season here in the UK and the show is the best-kept secret for TLC.

If you don’t want any spoilers then we suggest you stop reading now as this article contains a few from the first 5 episodes of season 2.

The telenovela is based on Ellas son…la Alegria del Hogar and serves up a host of surprises, twists and cliffhangers on a weekly basis. Packed with plenty of comedy and an incredible ensemble, the show really does deserve to be appreciated by an even bigger audience than it gets at the moment.

Devious Maids is one of our favourite shows so we’ve put together a list of 10 reasons you really should be tuning in. You should also check out our exclusive interview with Ana Ortiz where she reveals what’s to come in the new season.

1. It’s created by Marc Cherry. Yes that’s right folks, the man who served us 8 seasons of addictive drama on Desperate Housewives is behind this new series which is every bit as compelling and entertaining as you’d expect.

2. Eva Longoria is involved. The former Desperate Housewives star takes on the role of executive producer and she directed the first episode of the second season. Her experiences on Desperate Housewives along with her prior working relationship with Marc Cherry means she no doubt offers great tips and advice on the set.

3. The incredible ensemble cast. Ana Ortiz (Ugly Betty) leads the charge with Judy Reyes (Scrubs), Dania Ramirez (Heroes), Roselyn Sanchez (Without A Trace) and Edy Ganem (Entourage). The chemistry between the actresses is superb and one of the best parts of the show.

4. The supporting cast. Devious Maids has an extensive supporting cast that weaves into the storylines of the five central characters. Grant Show (Melrose Place), Mariana Klaveno (True Blood), Rebecca Wisocky (Desperate Housewives), Tom Irwin (My So-Called Life), Melinda Page Hamilton (Desperate Housewives) and Susan Lucci (All My Children) are just some of the great actors involved in the show.

6. The mystery. Devious Maids features inter-woven mysteries with the a little more revealed each episode. The second season opened with the death of Dahlia (Susie Abromeit), the wife of Nicholas Deering (Mark Deklin). Nicholas is now in a relationship with Marisol (Ana Ortiz) and is keeping secrets along with his crazy maid Opal (Joanna Adler).

7. The shocks. We’re only five episodes in and season two has served up plenty of shocks including the accidental shooting of Carmen’s (Roselyn Sanchez) fake boyfriend Alejandro (Matt Cedeno) and the reveal that one of the gang involved in the shooting was Spence’s (Grant Show) nephew Ty (Gideon Glick). There are plenty more shocks to come so it’s not too late to tune in.

8. The bitching and back-stabbing. There is plenty of it! Season one was full of it and season two has served up even more delicious scenes. The show is full of slick one-liners with Evelyn Powell (Rebecca Wisocky) serving up the best ones.

9. Dania Ramirez. All of the actresses in the show are superb but we have a soft spot for Dania Ramirez as Rosie. She brings plenty of comedy to her performance and we love it when she’s being devious. The second season has found her estranged from Spence after fighting deportation. She’s now working for a new family who are in-fighting over a variety of issues.

10. The familiar feel. There’s no doubt that Devious Maids is it’s own show but there are plenty of ways in which it’ll remind you of Desperate Housewives. The show is just as addictive and dare we say a little crazier than Desperate Housewives and we reckon as soon as you start watching you’ll be utterly hooked.

Devious Maids airs at 10pm Tuesdays on TLC. Check out a clip from the first episode of season 2:

In this article:Devious Maids, TLC