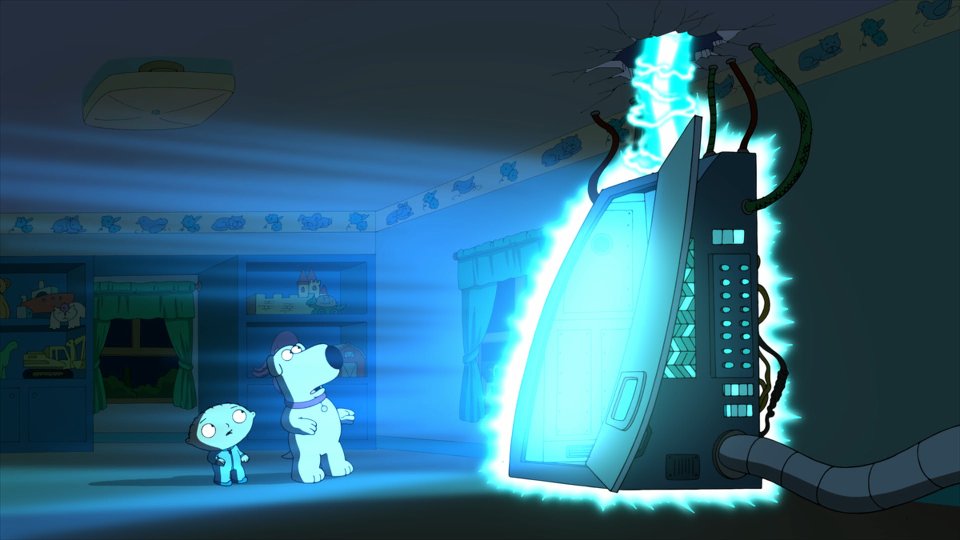 The release of Family Guy on DVD is one we always look forward to. 7 (long) months have passed since the release of the last season in the UK and thankfully this new 3-disc boxset features a whopping 22 new episodes to feast your eyes on. The animated show passes a milestone with Season 13 celebrating its 200th episode; not bad for a show that was originally cancelled after 3 seasons.

Family Guy: Season 13 is as hilarious, un-PC and laugh-out-loud funny as any of the previous seasons. Those who find the show offensive aren’t likely to find this new season to their taste but those who have watched since day one will enjoy the ongoing adventures (and misadventures) of the Griffin family. The season opens with Into Fat Air, an episode that sees the Griffins decide to climb Mount Everest just to compete with Lois’ ex Ross Fishman and his family. Of course things go anything but smoothly and things take a surprising and rather horrific turn.

The show’s 200th episode is Yug Ylimaf (Family Guy backwards) which mostly centres of Stewie and Brian. Brian misuses Stewie’s time machine causing time to go in reverse pitting them in a race against time to fix it before Stewie is unborn. We won’t spoil it for you but there are some key moments recereated for the episode and one scene that will leave you feeling very, very queasy.

Elsewhere in the season Lois suffers a mid-life crisis after being humiliated by Peter on her birthday in Lois Comes Out Of Her Shell, Peter shares his own version of the Nativity story in Jesus, Mary and Joseph, and Chris decides to move in with resident pervert Herbert after Meg blackmails him over stealing money. The season comes to a close with the hilarious No Country Club For Old Men where the Griffins cause chaos after joining their local country club.

Our favourite episode of the season comes with Ratings Guy where the Griffins are picked to become a Neilsen family. Seeing the opportunity to manipulate TV, Peter steals a load of Nielsen boxes and starts to ruin TV programming for his own enjoyment. The episode is as bizarre and off-the-wall as you’d expect but who doesn’t love it when Peter is out of control?

Extras on the boxset include selected audio commentaries, deleted scenes, the table read for the 200th episode, a featurette about the show hitting the 200 episode milestone, scene animatics and footage from the Comic-Con Panel.

Family Guy is as funny as ever and despite some claiming it’s lost its magic, it still has us laughing our socks off. There’s no other animated show on TV that’s as witty or sharp as Family Guy and we still get excited about tuning in even after all these years. Let’s hope the show can continue on for another 200 episodes and serve up some more jaw-dropping hilarious moments.