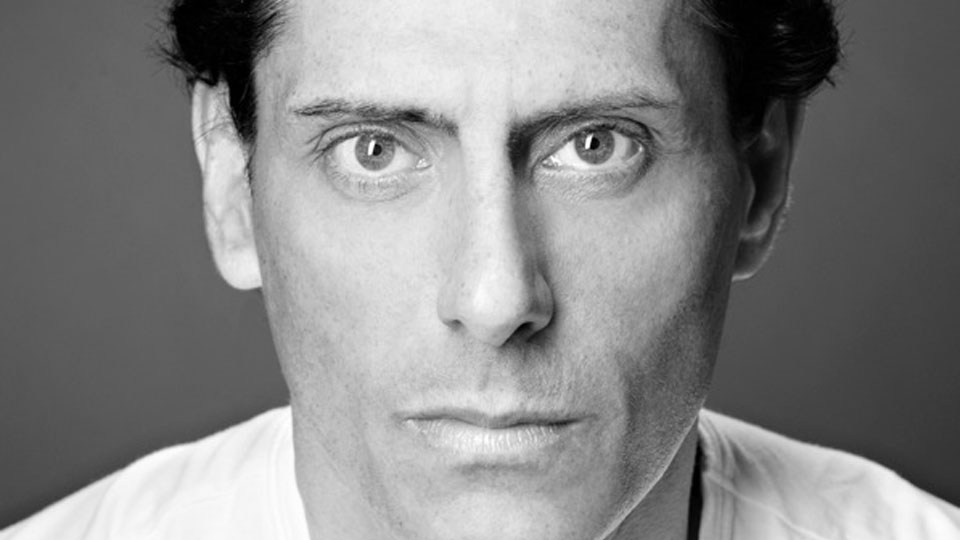 We recently spoke to CJ de Mooi, who sprang to fame as a professional quizzer on Eggheads, but who has long harboured an ambition to act – a profession he is now pursuing.

After impressive performances in two of Harvey Fierstein’s plays, CJ will be returning to the Tristan Bates Theatre where he will be appearing in two Shakespeare plays with the Lazarus Theatre Company.

We found out a bit about his long route into his dream career, his surprising take on playing Shakespeare, and just what Lazarus Theatre Company puts its actors through in workshops…

Very well but a little tired after a lot of rushing around over the last few months. It been quite a few months!

You had considerable success as a quizzer but gave it up to pursue acting. Tell us about what prompted your career change.

Quite the reverse. Quizzing got in the way of my acting ambitions! Being an actor is the only thing I’ve ever wanted to do. Actually that’s wrong – I don’t want to be an actor… I need to be an actor… It is the only thing that will ever make me happy. However, my life fell apart before I could take any training and from the age of 17 I spent three years sleeping on the streets of London and Amsterdam. I managed to turn things around and obviously the TV career gave me opportunities I never thought I’d see or deserve. I now have the chance to pursue my dreams and if I have to sacrifice a great career for a 1% chance of a dream career, I’ll do so.

We saw you more recently in Harvey Fierstein’s Safe Sex and On Tidy Endings, which you not only starred in but produced. Tell us about that experience and why you wanted to stage the shows.

I began my own company Entourage Productions to introduce exciting and rarely approached pieces to the London stage. Although On Tidy Endings wasn’t under that umbrella, I felt these were significant plays that had never been performed in the UK. The relevance and resonance I felt when reading them was too important to pass up. I’m terrified by the growing problem of HIV and the subsequent decrease in awareness which is why I campaign on both this subject and homelessness. I’ve been lucky to have wonderful breaks in my life but others aren’t so fortunate. This also relates to my philosophy with Entourage too. Every show I stage will feature at least one cast member with no professional experience – everyone deserves that first chance!

CJ de Mooi in On Tidy Endings at the Tristan Bates Theatre.

Are you looking forward to returning to the Tristan Bates Theatre?

Very much so. This will be my third time performing at TBT after I was in ‘Geek! A New Musical’ last year. It’s such an intimate space but I think what makes it is the connection to The Actors Centre so everybody there is dedicated to, and passionate about, our craft.

How did you come to get involved with Lazarus Theatre Company’s new season?

I was offered a role in a musical for the same time as the Lazarus plays were to be staged but was weighing up my options. I’ve never been a fan of Shakespeare (vicious sadist that he was!) but appreciate that in order to be a respected and accomplished actor, some direct experience is necessary. I also hoped it might get me over my fear and loathing of his plays… Still, I aspire to be a professional so travelled to London from my home in Wales to audition (I’m an actor and I hate auditioning!) I was unexpectedly invited back for a recall the next day so hastily had to arrange accommodation and returned. A nervous two days followed until my inbox buzzes with the fantastically petrifying news of my casting. I have to be honest though, having something of a public profile has both advantages and massive disadvantages when it comes to acting. I’ve been rejected for auditions with an, “Oh here’s another minor celebrity trying to hack it on stage – no thanks,” mentality. Alternatively, if I am invited in or even cast, there’s always the niggling inner critic worrying away that I’m only there on the strength of my name and not any dubious talent. The only way around this is to build a good CV or even give up the television work once and for all. I’m doing the former but as for the latter, I have bills to pay dammit! We go into acting for passion and love, not to earn money. If that’s your motivation, you’re going to be sorely, and poorly, disappointed.

As a newcomer to the company, what can you tell us about their approach to the text and rehearsal process?

One of the most hated aspects of auditioning as an actor is not being told if you haven’t got the role. Lack of feedback is bad enough but waiting for days or weeks on end with no answer one way or another is agonising. I also consider it disrespectful. There is no production without actors and most spend a lot of time and money to try out for you. The least you can do is send a one-line email thanking them but regretting their lack of success on this occasion. This is something Lazarus understand and I can’t begin to tell you how much it is appreciated. In the workshops, the approach was unlike anything I’ve ever experienced. I’m a long distance runner and very fit but after the so called ‘warm up’ I was dripping sweat and we were able able to skate around the moist studio floor… delightful! Understanding text is vitally important with Shakespeare as you first have to understand what he’s saying, so a modern day translation is useful but then, how he’s saying it within the context of the play. Lazarus work episodically breaking the text down which doesn’t allow the performers to be overwhelmed. This playwright’s body of internationally renowned work can be intensely intimidating and the ‘bite size chunk’ method is a great approach. I for one will still be intimidated though…

What do you make of the Graceo-Roman world in which the stories of Troilus and Cressida and Coriolanus originate?

This is a period of history I’ve always been fascinated with and I’ve actually studied the Trojan War and rediscovery of Troy which helps. I’m not for a moment suggesting that will be of any benefit on stage but at least I’m familiar with the history as far as we know it. Most of Shakespeare’s major characters are based on real people, as far as we can tell. However, our main record of the Trojan War was written several hundred years after the event and it was only in the late 19th century it was accepted it actually happened. Shakespeare himself had no idea if it was factual or not or even if anywhere called Troy had ever existed. He was on firmer ground with the Romans as at least records of them have lasted. This mixture of myth and penmanship makes it difficult to find the truth but ancient history is fascinating, for me at least, so perhaps we just accept the artistic licence of what flows from the time.

You’ll be playing Thersites in Troilus and Cressida, which sounds a bit of a departure for you. How are you approaching the part of the dull-witted soldier?

Anyone who has watched me answering questions on sport will know I’m familiar with being dull witted.

You’re also taking on Menenius in Coriolanus. How would you describe him?

This was what scared me when I was cast. Menenius is a huge role and you only have to look at the people who’ve played the role recently such as Mark Gatiss and Brian Cox to realise the challenge I’m facing. He is a powerful character but manipulative and his self interest will always come first. However, he’s passionate about the Roman Empire and sometimes struggles with his inability to maintain his facade and keep the factions together. A very complex man behind a simplistic public mask.

What do you think the themes of the plays have to say to contemporary audiences? Has warfare changed much in the intervening years?

War never changes. Technology does but the reasons for war never do. Hatred and greed are two omnipresent factors of humankind (an ironic word when you consider it in this aspect) and nothing will ever change that. The cause for war is based on one of two premises – provocation or justification. One or both is always avoidable. War. What is it good for? I think you know the answer to that…

I’ve just completed my first feature film The Renata Road in which I play the unnamed lead role. This is due to be released at the start of 2015 which will be amazing. Entourage is staging Thoroughly Modern Millie in October and maybe you’ll see me in something new on TV before the end of the year… no clues!

You can book tickets to see CJ de Mooi perform in Troilus & Cressida and Coriolanus as part of Lazarus Theatre Company’s Our World At War season through the Tristan Bates Theatre website.