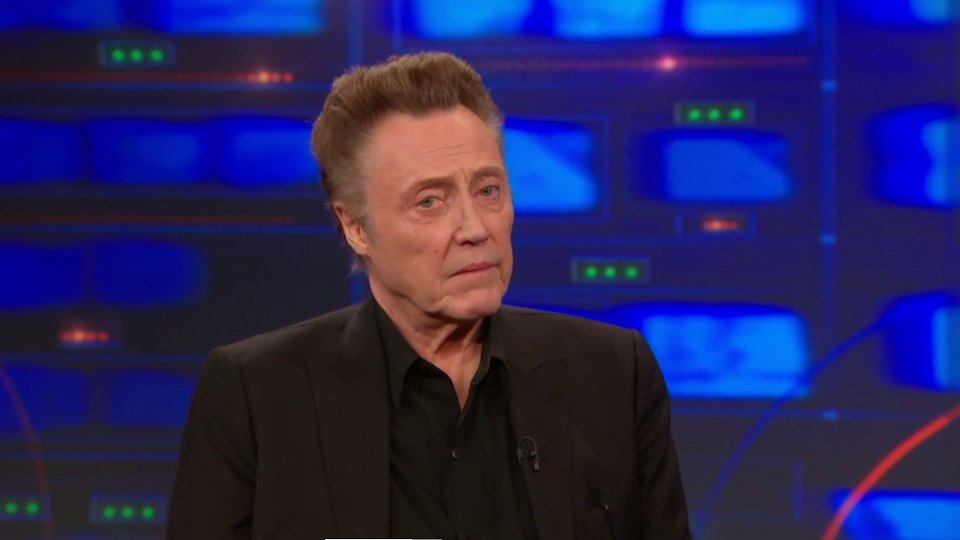 Talking to host Jon Stewart, Walken starts off by talking about the weather which soon turns into a random discussion about where the actor lives, “you can’t tell sometimes if it’s the beginning of winter or the beginning of summer.” “One of the poles?”Stewart jokes. “Connecticut.”

During the interview Walken describes his mobster role mentoring the Four Seasons in Jersey Boys. He reminisces about it was normal for kids growing up in Queens to do tap classes in their youth.

We’ve got our hands on two clips for you ahead of the show’s transmission tonight. The Daily Show airs at 00.30am on Comedy Central Extra. Watch two clips from the show below:

In this article:Christopher Walken, Jersey Boys, The Daily Show