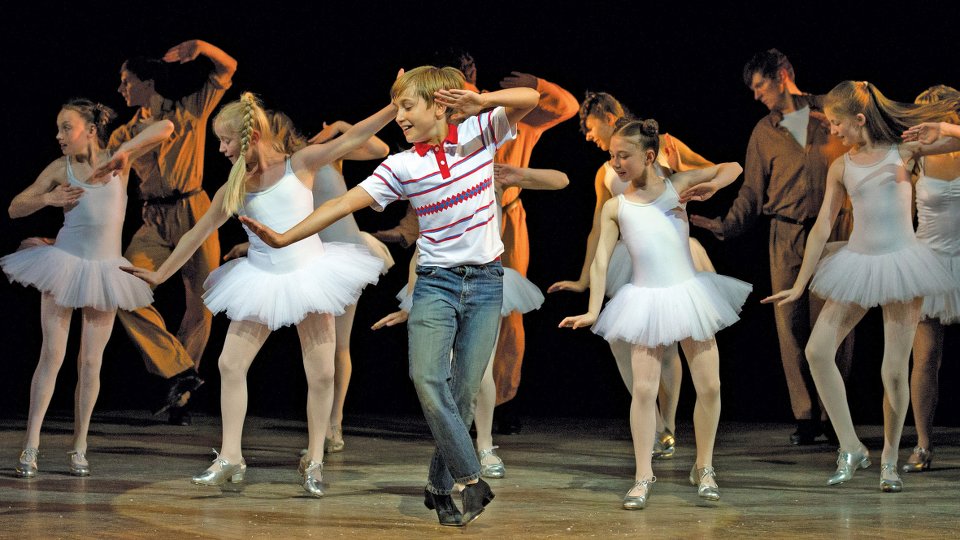 Billy Elliot the Musical is heading to cinemas for one-day only on 28th September 2014 when it will be broadcast live from the West End to cinemas across the UK and around the world.

Based on the Academy Award-nominated film Billy Elliot the Musical has been impressing theatre audiences since 2005 and has won over 80 theatre awards including 10 Tony Awards and 5 Olivier Awards. The show features a score by Elton John and is directed by Stephen Daldry.

Set in a northern mining town, against the background of the 1984/’85 miners’ strike, Billy Elliot is the inspirational story of a young boy’s struggle against the odds to make his dream come true. Billy’s journey takes him out of the boxing ring and into a ballet class where he discovers a passion for dance that inspires his family and whole community and changes his life forever.

Elton John said:  “Billy Elliot has always had a very special place in my heart and being involved in the musical has been one of the most rewarding experiences of my life.  Broadcasting the show live to cinemas is a new venture for all of us and will make for a very special event.  It’s going to be a thrilling day for everyone at our home at the Victoria Palace Theatre in London and we hope cinema audiences will be as excited as we are to see Billy Elliot the Musical brought to life for the first time on screen.”

Check out the trailer for Billy Elliot the Musical below:

In this article:Billy Elliot the Musical